I decided to build a better PC streaming setup between 2017 and 2018, because I wanted to make better gameplay visuals for when I streamed on Twitch and for when I recorded videos to upload to YouTube. I’ve got a friend that knows a lot about computers, so he lead the way and I followed.

Below you’ll find everything I use.

Keep in mind, I’m not a computer guru, so I don’t really have much to say on a lot of the specs.

Also, most of the components I acquired were built for around 2018, so they might be a bit outdated–more specifically, the graphics card might seem a bit outdated when you look at it. Keep in mind, however, I don’t play graphic intensive games, so my specs can still net me some very good visuals in the games I do play–Assassin’s Creed Odyssey, for instance.

So of course I need to have decent speeds if I’m going to be streaming on Twitch. As far as recording goes, I don’t believe this matters as much? Since it’s local recording and not through the interwebs. 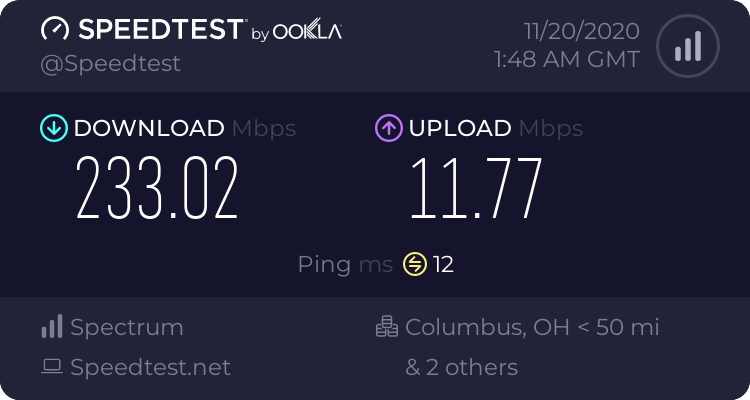 First step in my streaming setup: I wanted everything to fit in my case, with maybe a bit more room for improvement (that’s kind of questionable as I look at it right now). I know there was some complications of my graphics card being in the way of some slots, but it’s good for now.

When I was first looking at cases over on Microcenter (I love this place), I kept staring at this absolutely huge white case with a handle on it. I wanted it for the handle, if I’m being honest.

Good grief that sucker was heavy, even while empty.

In the end, I went with this case, because I loved the fact I could open up both sides for easy access to the guts of it.

I’m also going to add here that it’s best to put the tower on a desk or something instead of the floor, because I’m pretty sure I spilled some hot chocolate in there at some point and there are stains on some of the components that make me cringe to look at whenever I open the case doors. 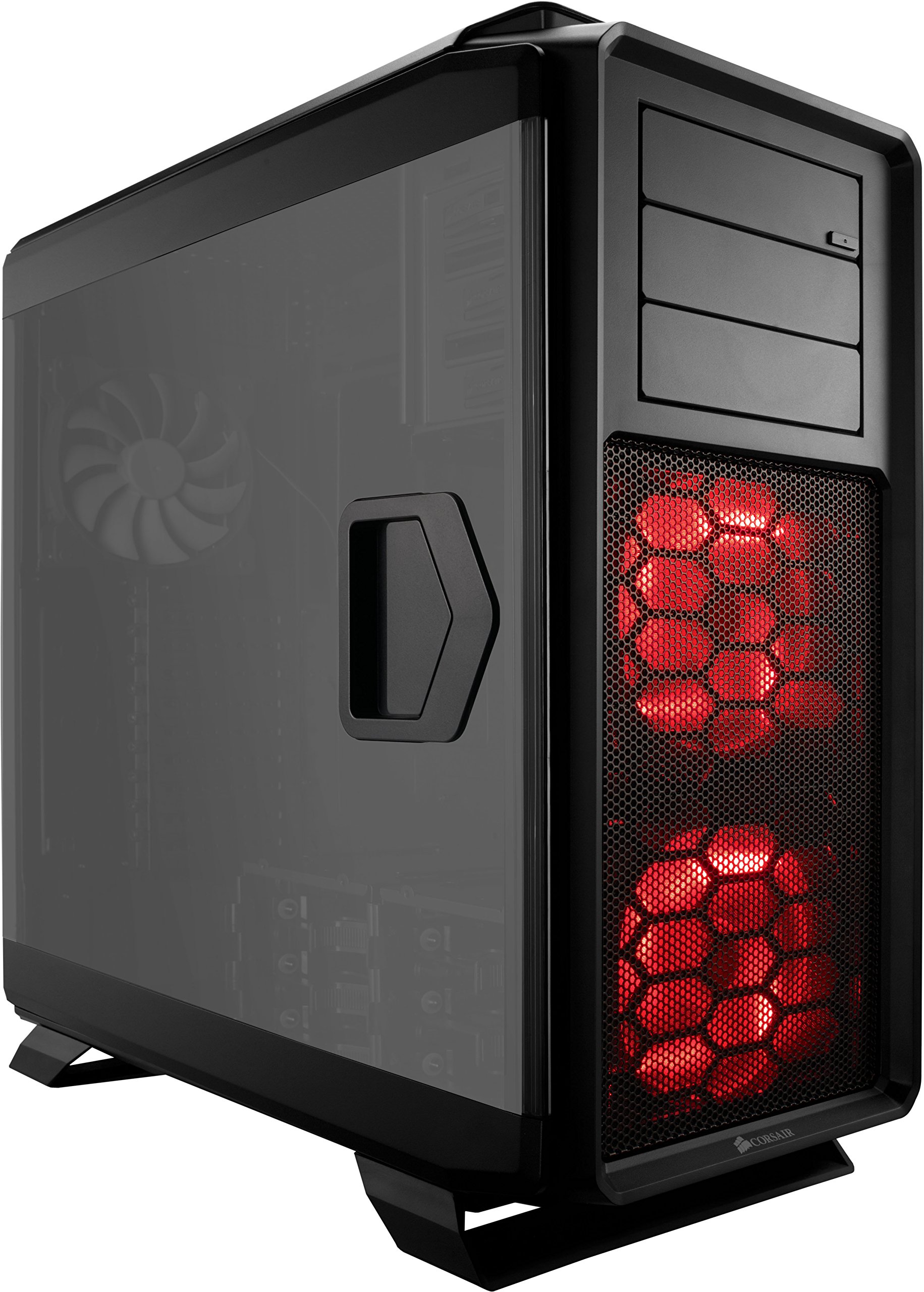 I don’t have much to say on the motherboard. I know it said something about wifi? And I thought I could automatically connect my controller to it though the settings, but apparently that wasn’t the case.

No big deal, though. 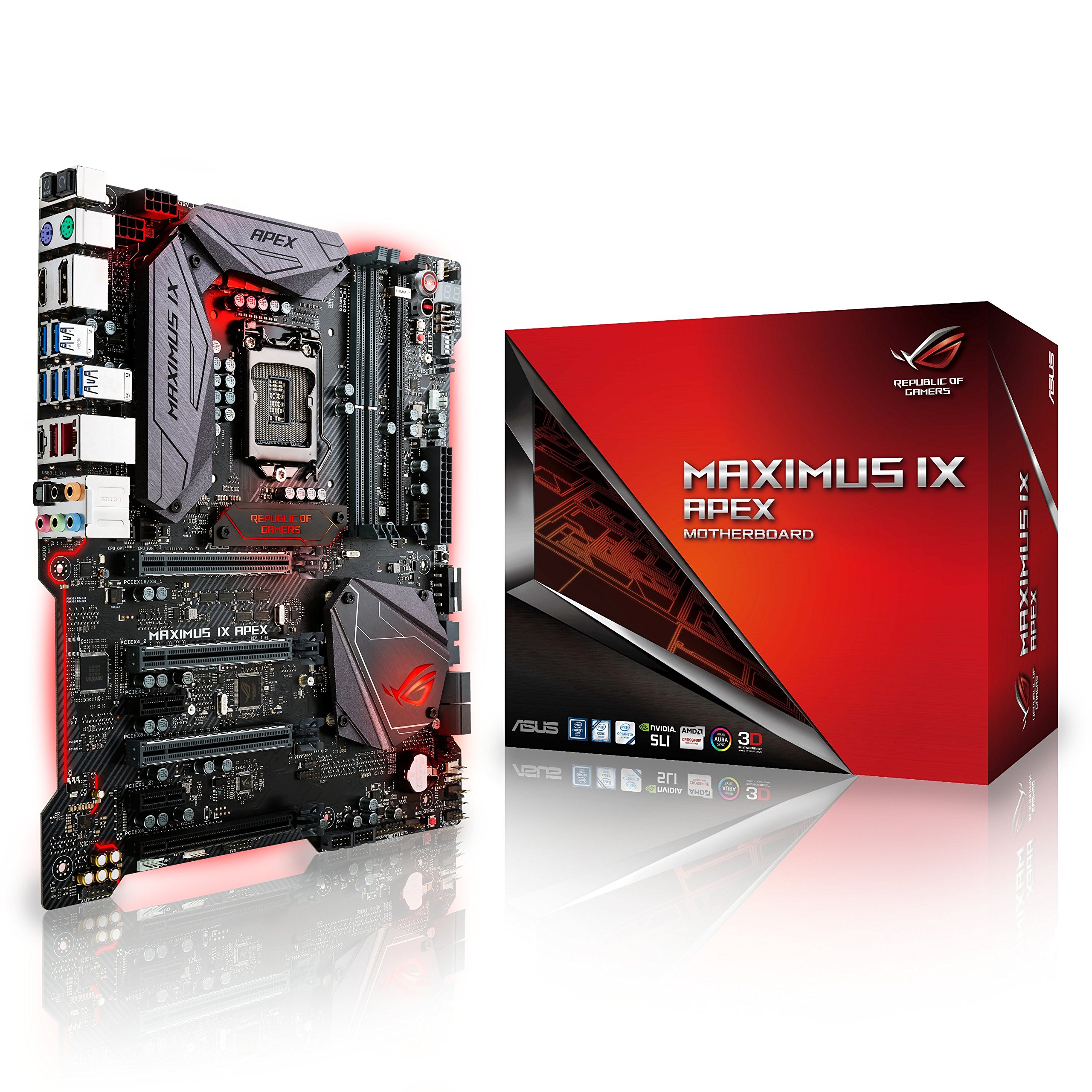 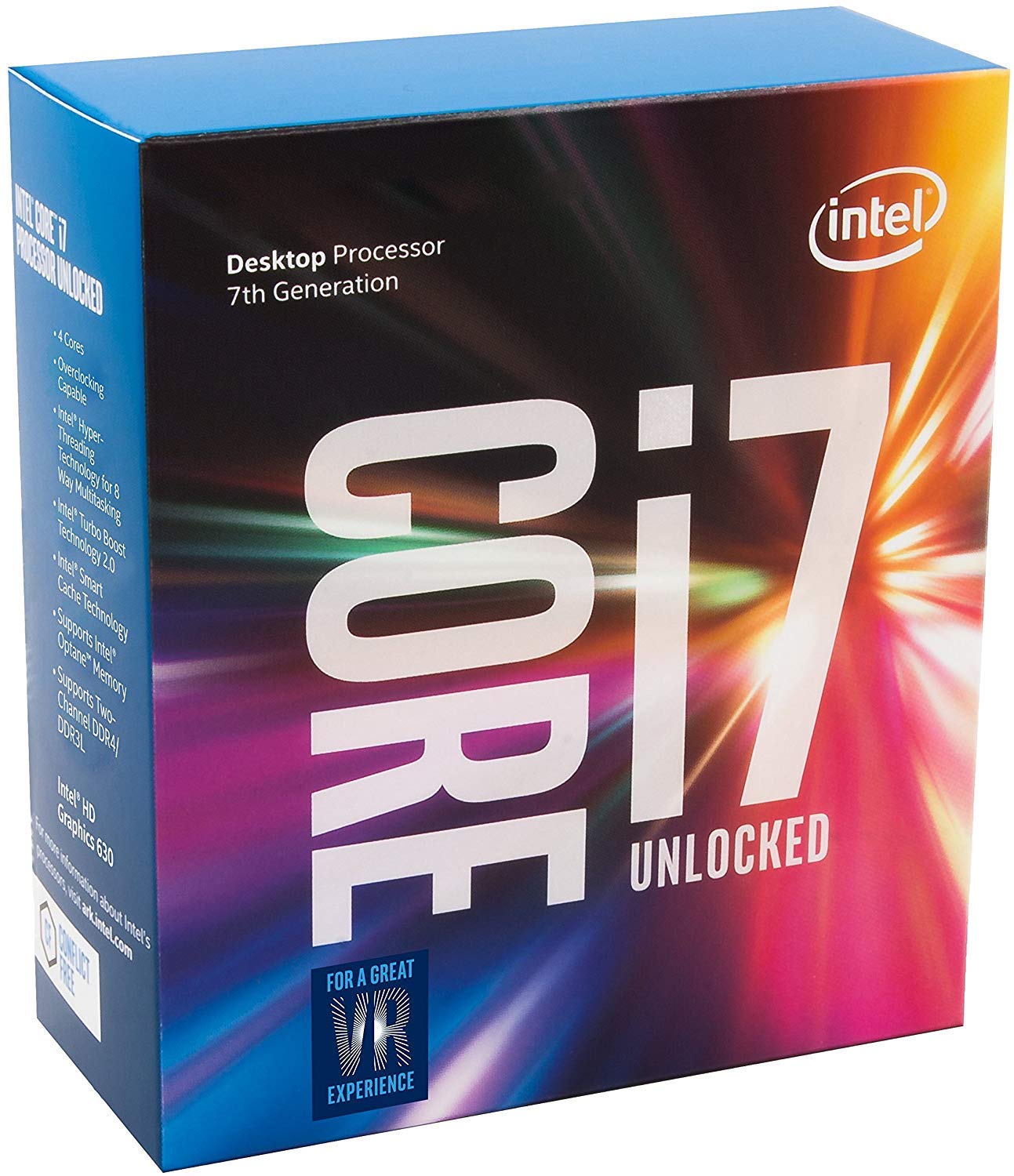 Of course I had to get this sucker. I mean, think of the pretty colors! Both on it and for the games I’m going to be playing now and in the future.

Although, for future reference, I may end up getting GeForce 3080 at some point, as the 1080 TI is a bit outdated as far as graphics cards go at this point, while still holding up to the standards of good graphics with the current games I play without getting into extreme modes. 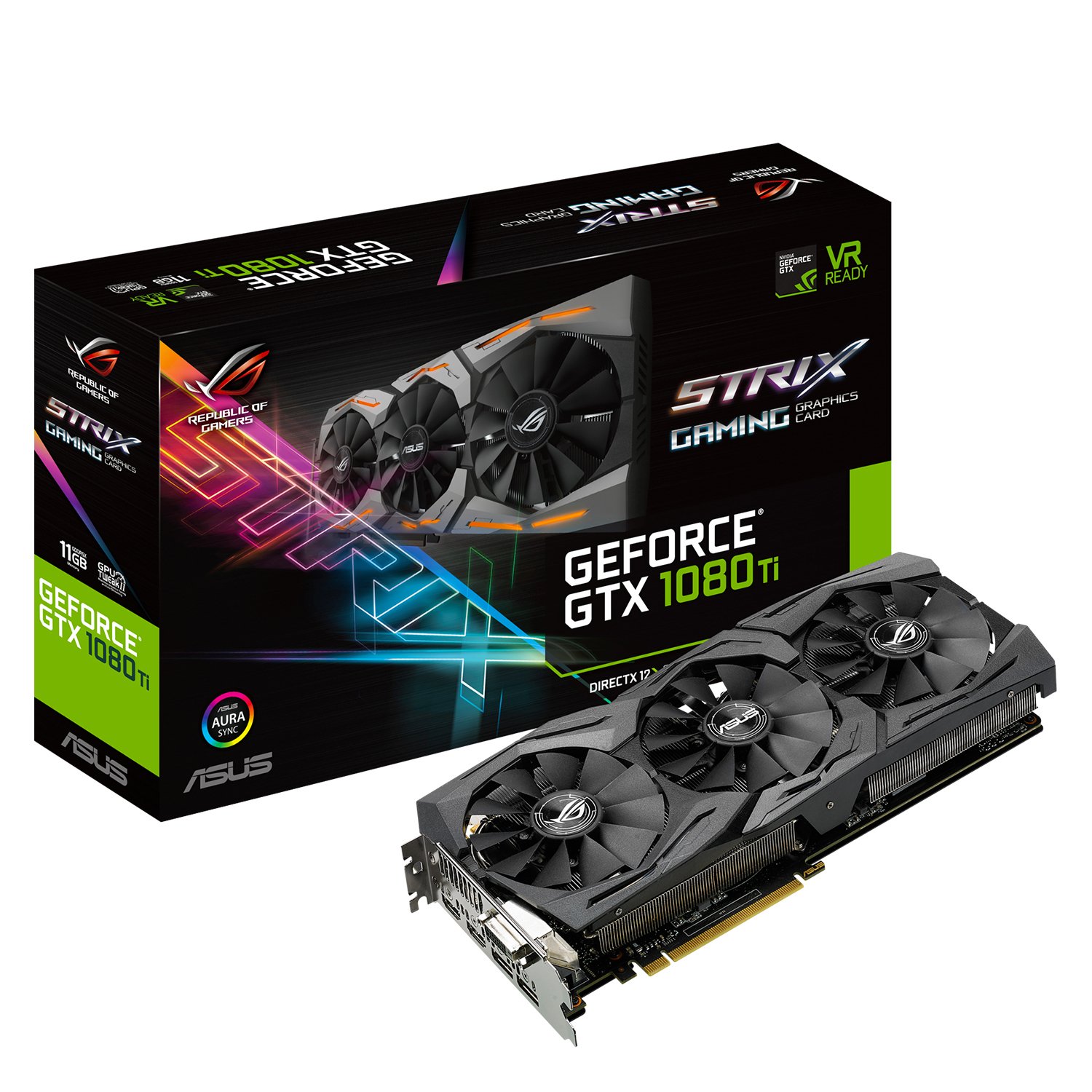 Again, the pretty colors, people, come on. Plus, for my budget at the time, since I was buying a lot at once, I really didn’t want to overdo it with these guys, so I just bought a 16gb. 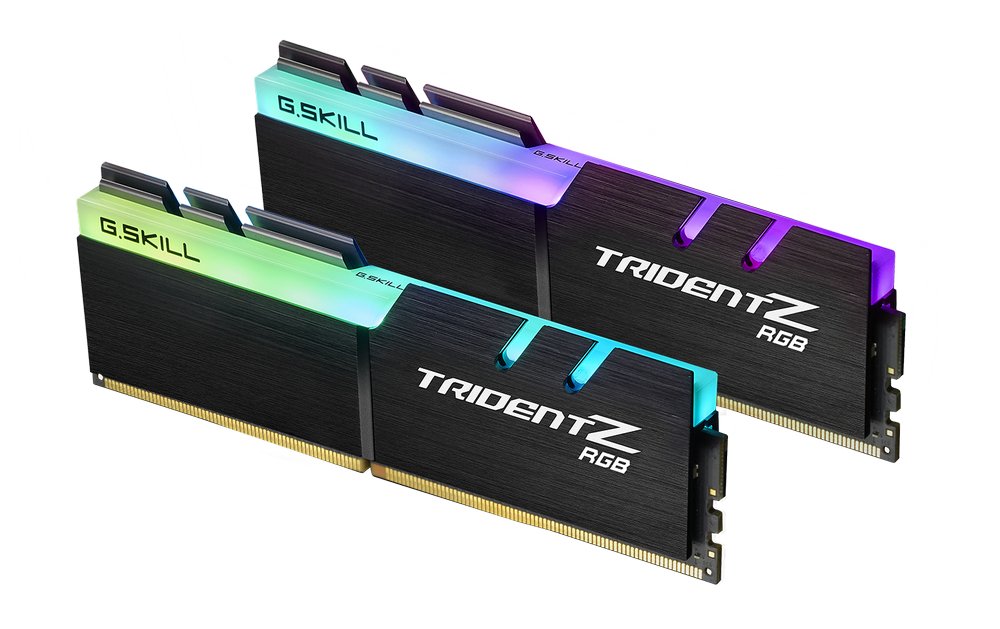 I was told to get this for the M.2 slot. That’s about all I have to say about that. 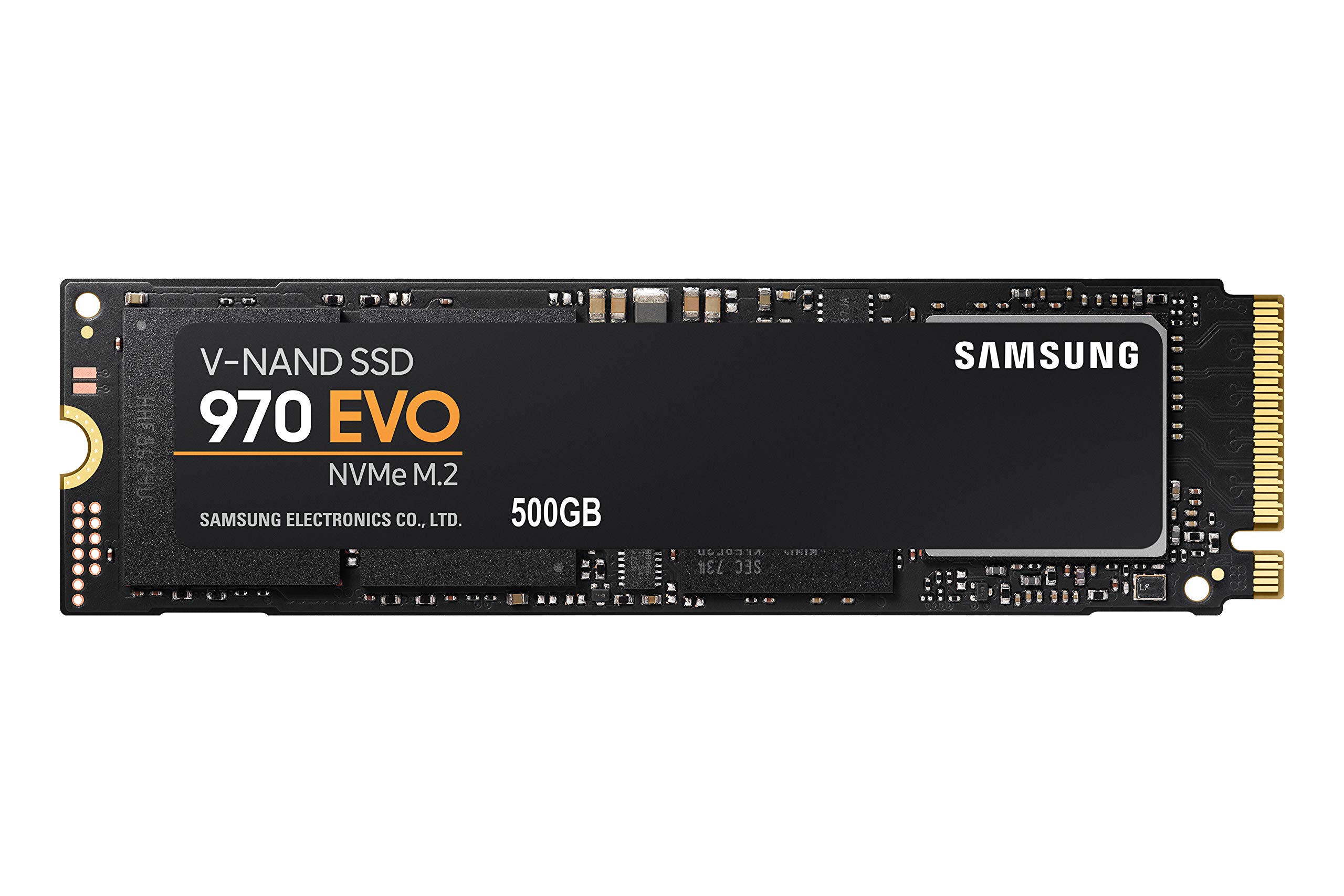 I had to get me a liquid cooler, and I think I was torn between getting this one and another one. One was slightly more expensive, of course, and had some kind of different information about it, but I think this may have been the cheaper one, as the other just didn’t give a good enough boost for the price.

Perhaps it was another colored one? That’s what I’m thinking.

Which at this point is weird for a streaming setup that can’t even actually see the colors anyway. But at least I can, and that’s all that matters. 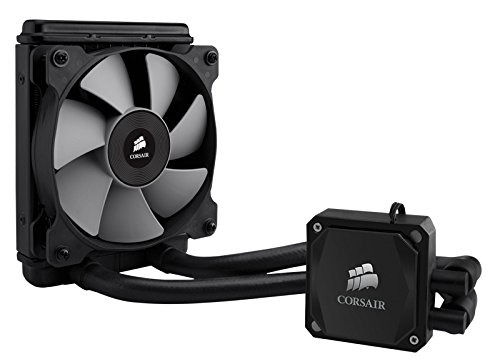 Come on. You saw this coming. The colors people, the colors! 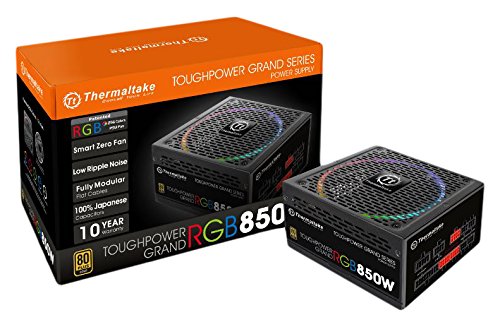 I am so in love this this piece of equipment. I hardly ever play a game with my actual keyboard unless I have to press a specific letter or need to type something in chat. I’ve got so many keybinds on this bad boy, that using a keyboard is always so clunky for me.

Don’t get me wrong. Certain FPS games pretty much require the keyboard over this thing, but for most games? It’s my Nostromo all that way.

I’ve had this thing for a very long time. More than five years without a doubt and it’s still fully functional and hasn’t let me down yet. Despite all the food crumbs stuck between the keys. I don’t think I could have a streaming setup without this thing at this point. It’s my crutch. 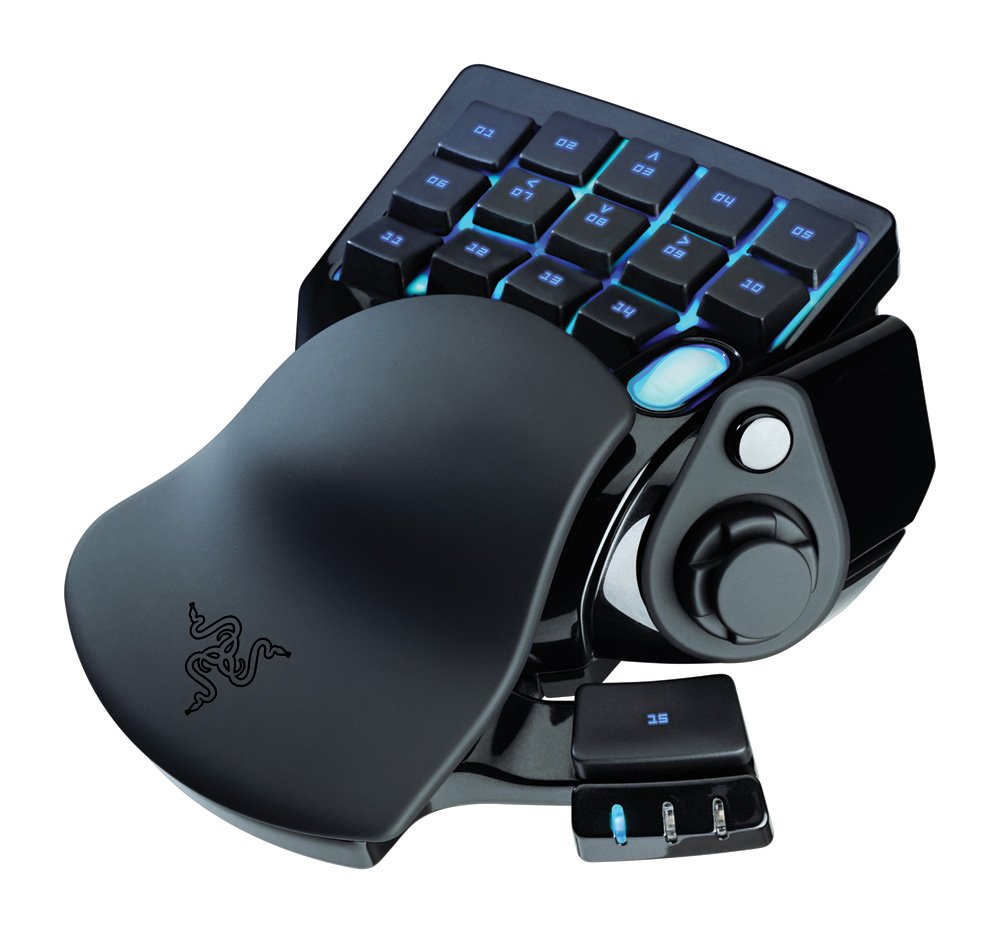 I love mechanical keyboards for the sound they make when you type. But if you’re up late and people are sleeping, it might not be the best keyboard for you, unless you want to be obnoxious.

The other downside of this keyboard is the fact that it doesn’t have any kind of volume control. Not a major issue, but if you like listening to music and tinkering with the volume, it’s not there.

(My headset fixes this problem for me!)

I’ve used this same mouse multiple times throughout my gaming years. Not the exact mouse; a lot of them have had malfunctions after a couple of years. One of them kept double-clicking even with just a single click, so I had to get a new one at that point.

Another…I think the tracking was off. I couldn’t get it to track correctly, so had to get a new one there as well. So far the one I’ve had has lasted a couple years now without a hitch.

I need to try out a different style of mouse, perhaps. I definitely stick with the ones that have keybind buttons on the side, though. They’re specifically helpful for my macros in World of Warcraft, as I don’t really play a ton of other keybind-heavy games on a mouse. 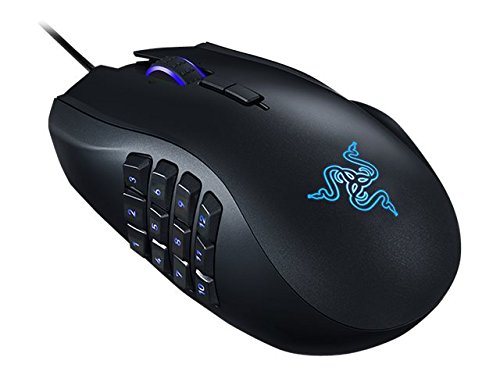 Here’s my favorite headset so far.

Not only for the way it looks, but because there’s a volume control on the cord I can use, the microphone is movable, my voice is clear when picked up with little to no background noise, and I can wear it all day without getting a headache.

The last headset I used was great, but there was so little padding on top that it would give me headaches after an hour of wearing it. And I wear glasses so it hurt me in that way as well. 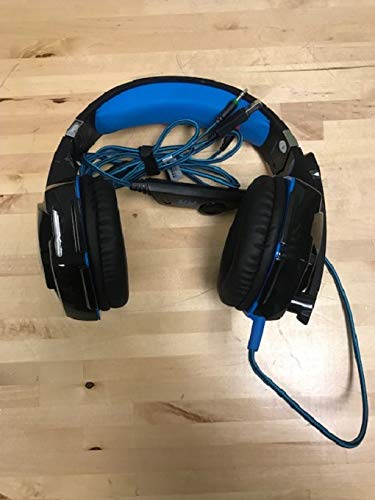 I recently changed my controller for gaming–before I’d used the Xbox Wireless Controller – Patrol Tech Special Edition, but there were things I just didn’t like about it.

This Gamesir controller looks way different by far than any I’ve had the honor of playing with (as well as dealing with drifting sticks, sticky buttons, and all that). The start and select are in odd locations since it also has a Turbo and Home button, but I managed to get used to it and it’s not so bad.

Honestly, it’d have to be the best one so far. 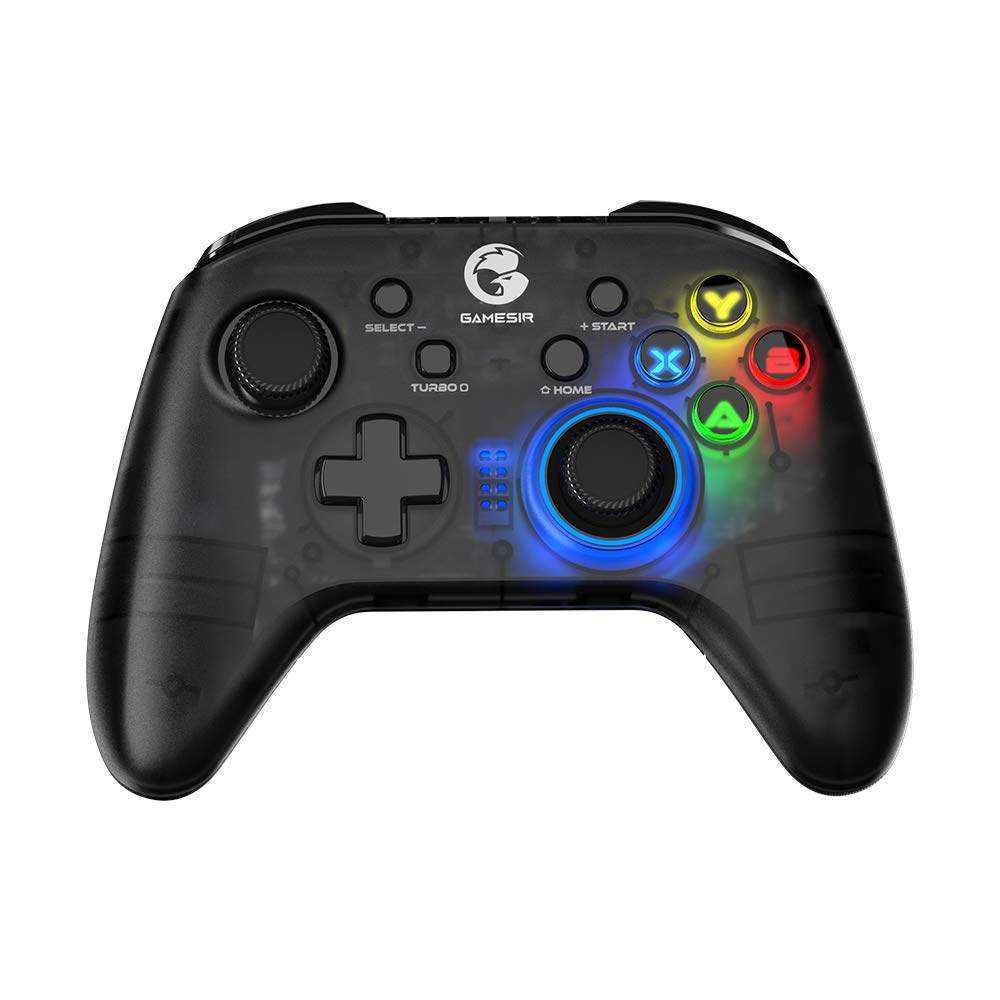 I mean, you can’t just place your headset down all willy-nilly, right? Plus, I also use this to set up my IPad if I need to look something up. This was also before I had two monitors, mind you. 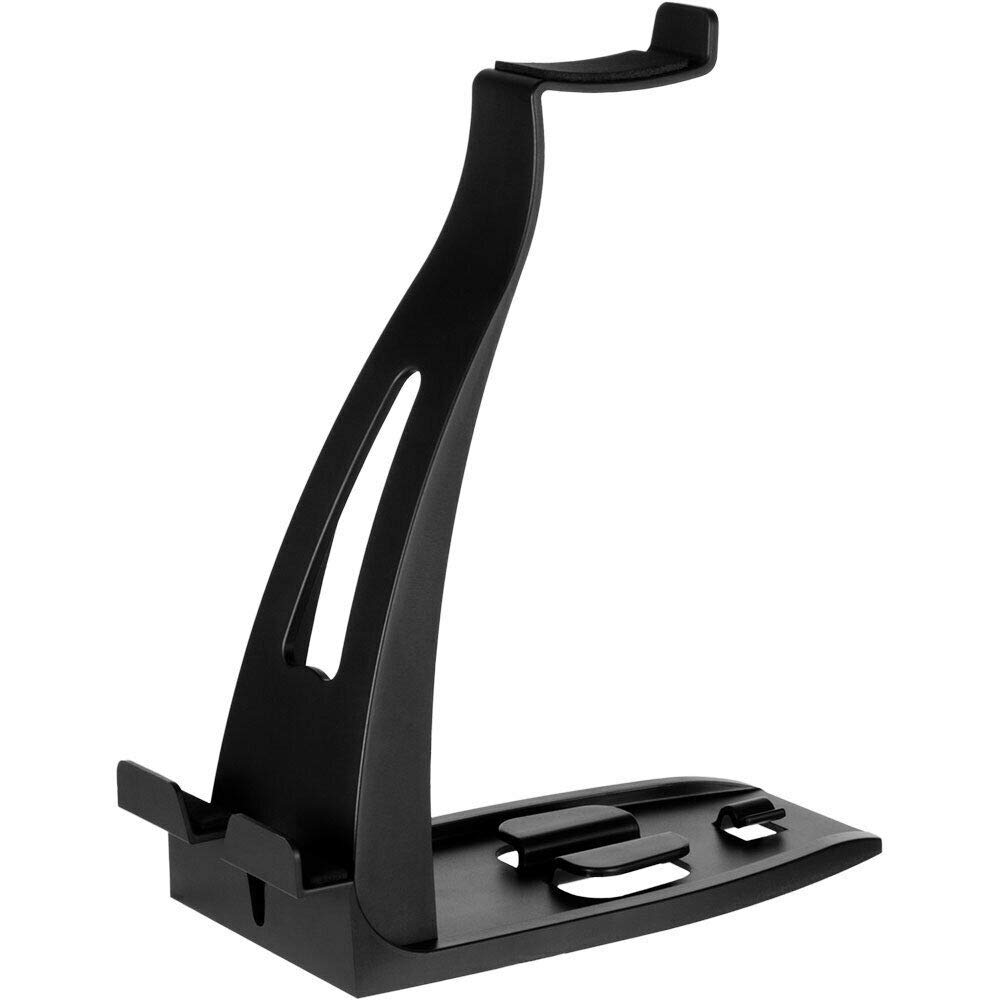 Before, I had an Acer 1920×1080 monitor that didn’t give me any problems. But I wanted to upgrade to a better, visually enhanced monitor, thus went with this. It’s not exactly 4K material, but it’s getting there, and the look is so much better than before.

Next up will probably be a 4K if nothing else. But for now, I have no issues. 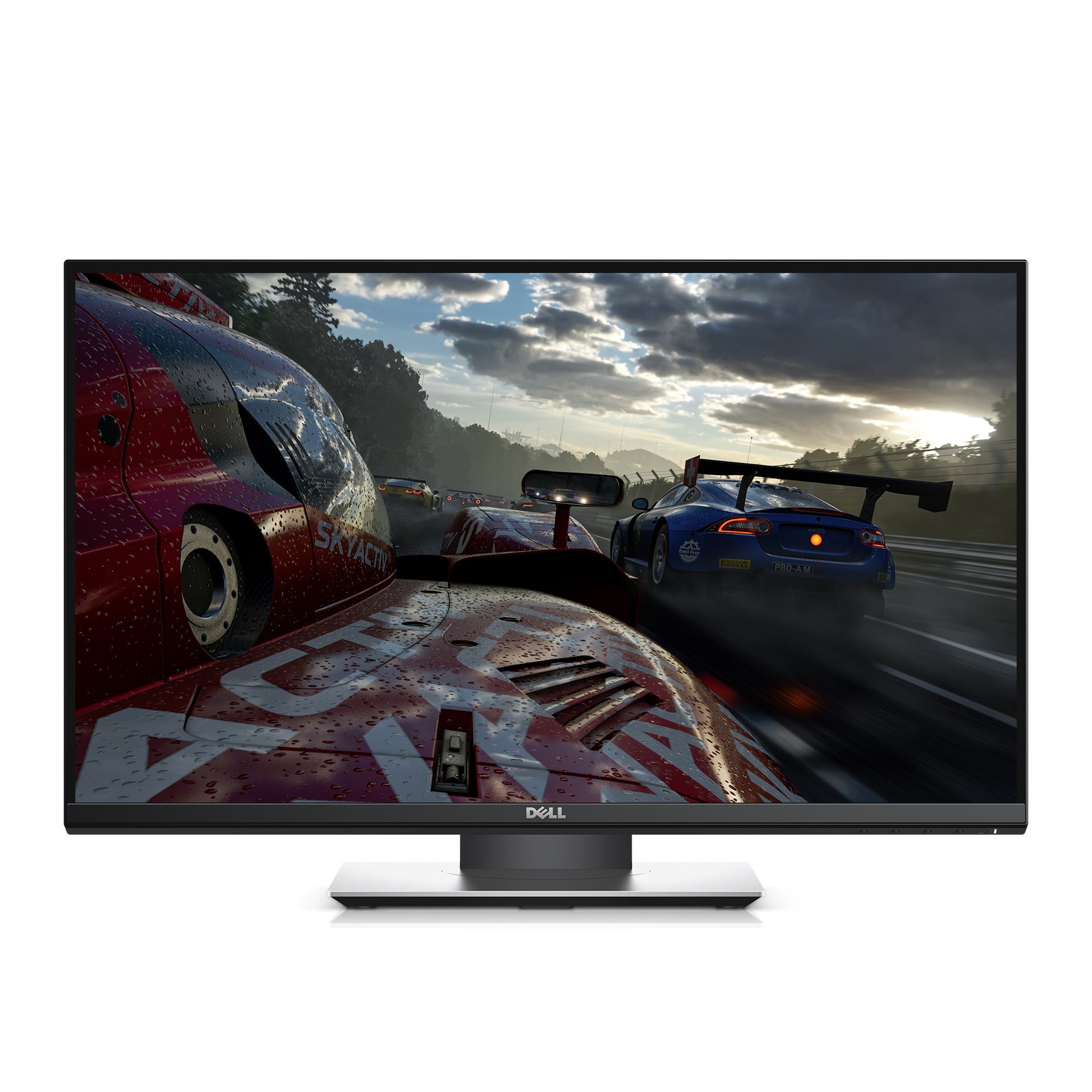 This came after my gaming monitor. Again, not really looking for anything fancy. I wanted it somewhat cheap. This is the monitor I use to watch videos on, or have my recording software on. Surprisingly, it’s got very good colorations on it, and sometimes I do switch a game onto this monitor instead. Depending. 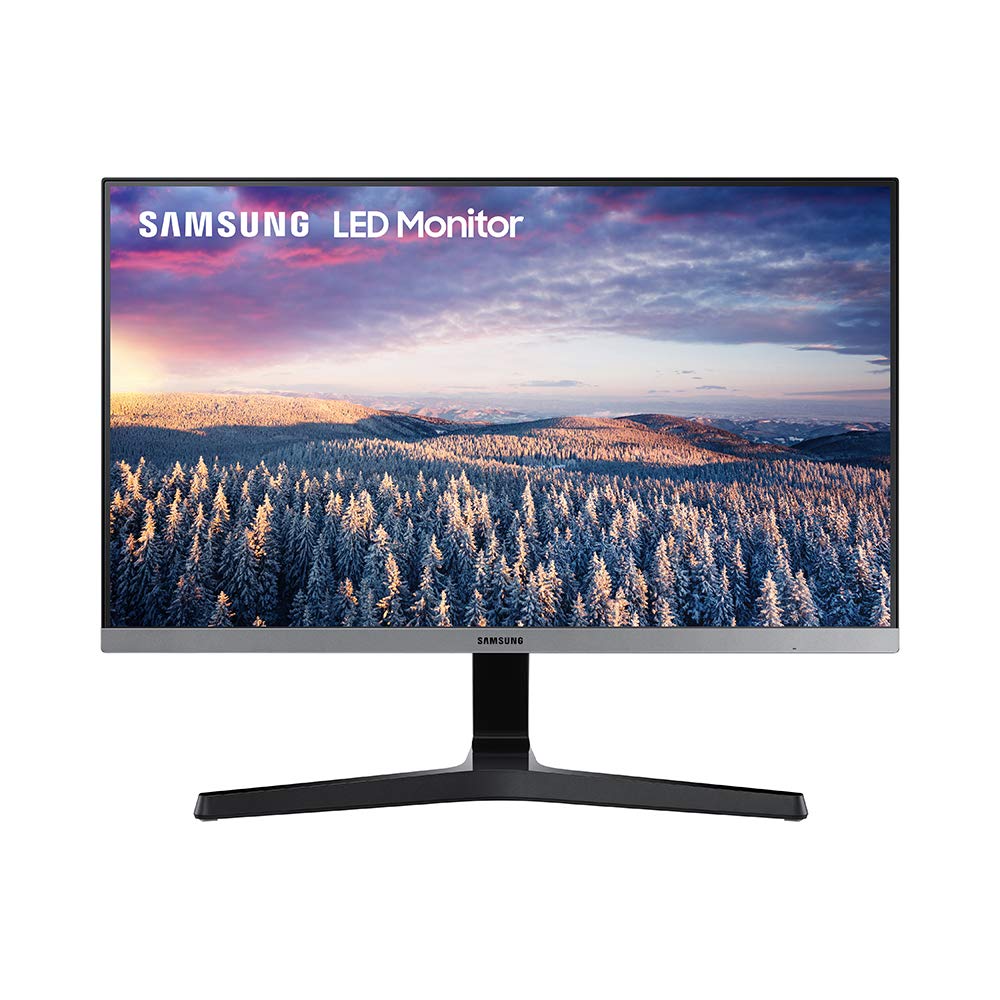 My Time at Sandrock

Face of the Enemy