Look at that; you’ve found a bounty of Steam games released on June 24th!

Now, I’m not going to go into detail about all of them–such as my own personal thoughts and stuff (though it’s often what I do). Instead, I wanted to put all of them out in one place for everyone to view and read about, instead of perusing the different pages for every game on Steam.

Resources I use for Steam (PC) gaming

This was a test that became discontinued. In no way could I actually keep up with a day-by-day overview of Steam releases (and I knew this), thus, it ended the moment this post was published. 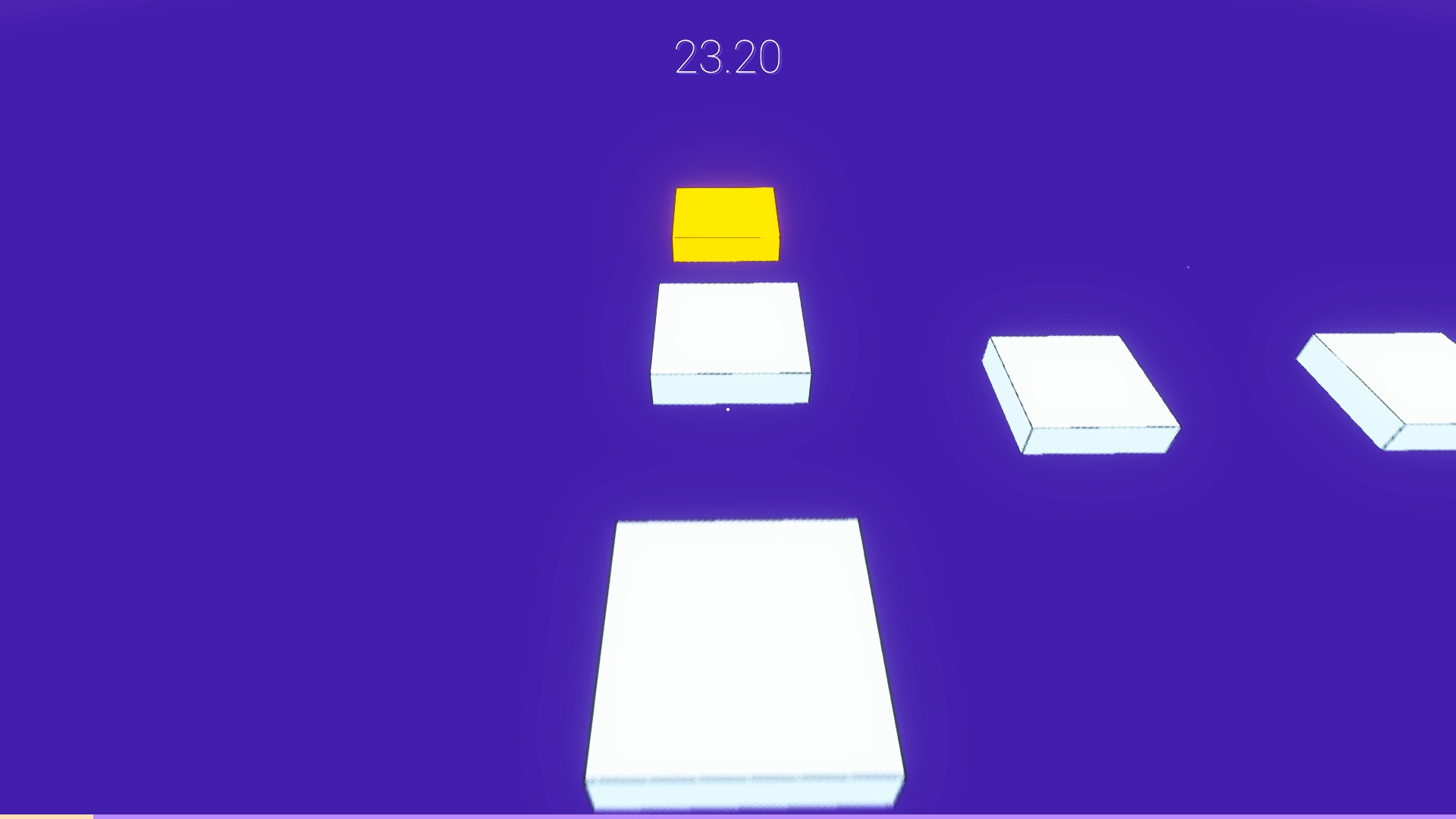 And All Would Cry Beware! 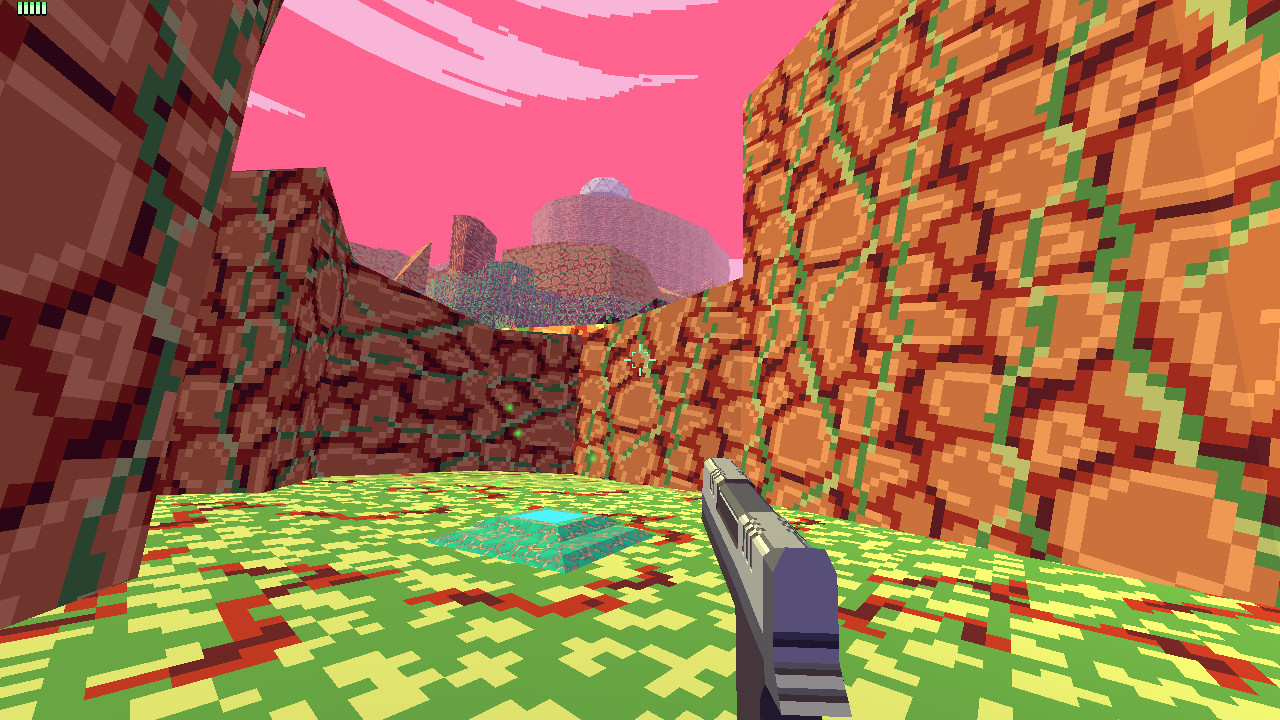 Pursued through the ruined streets of Los Angeles, harried by a roving Kill Gang, perhaps it was simple survival instinct that drove you to seek shelter. But perhaps it was Fate which drove you to seek shelter in the offices of Wayfarer Inc. In their subterranean laboratories, you discover a machine which opens up a portal to another world. Wayfarer had just had enough time to send one expedition thought the gate before they had evacuated.

Seeking escape from the Kill Gang beating down the doors, you activate the device, open the portal, and step through… 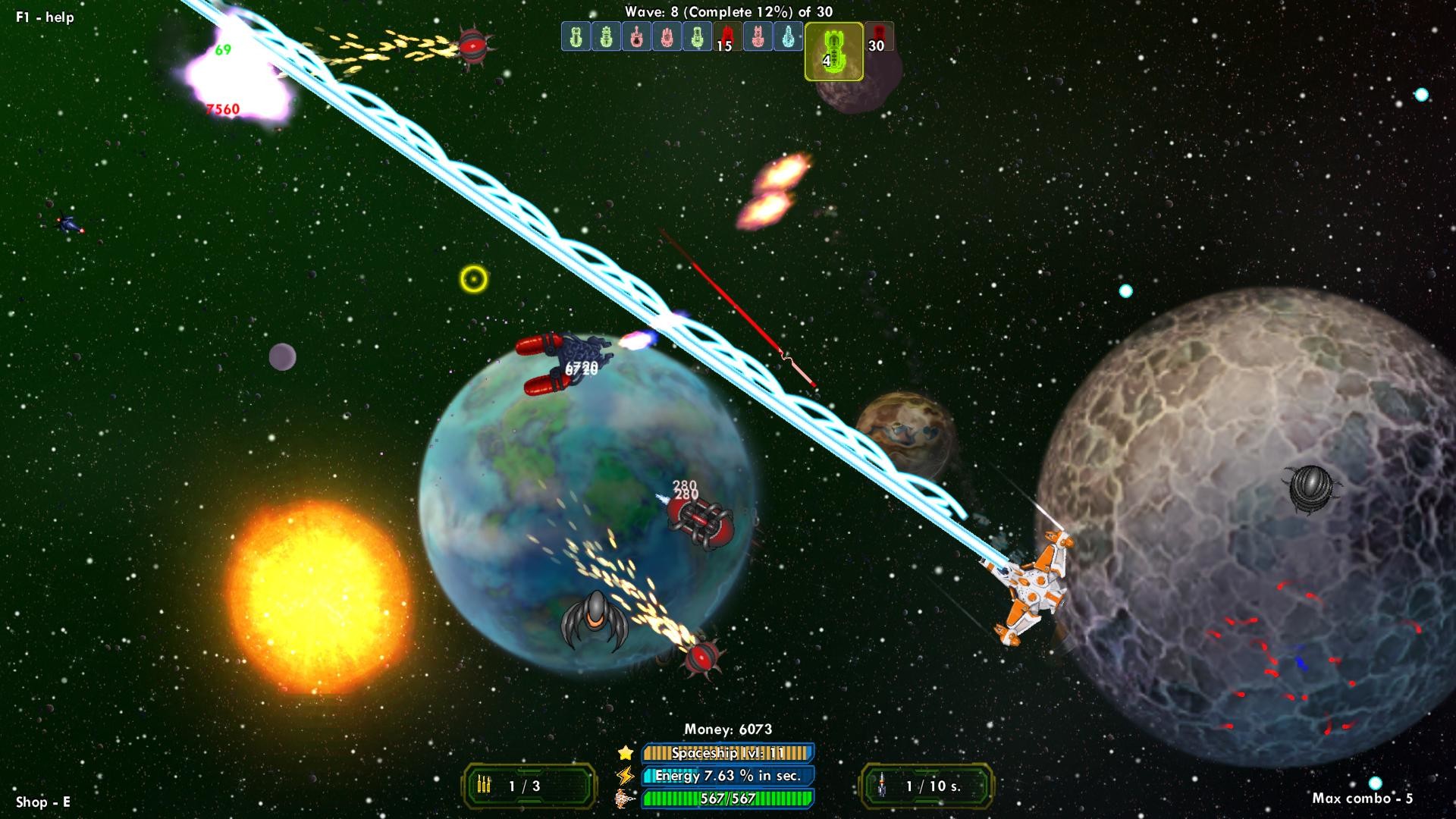 An unforeseen event tightened you in an abnormal zone. Straight in the thick of battles. The amount of anomalies grows and representatives of the most different galactic races already sharpen on you claws and mandibles, and dangerous bosses are going to erase you in powder by means of cunning tactics in which it isn’t so simple to find a weak point. Be going to survive as long as possible!

It is time to show at whom the laser is thicker! 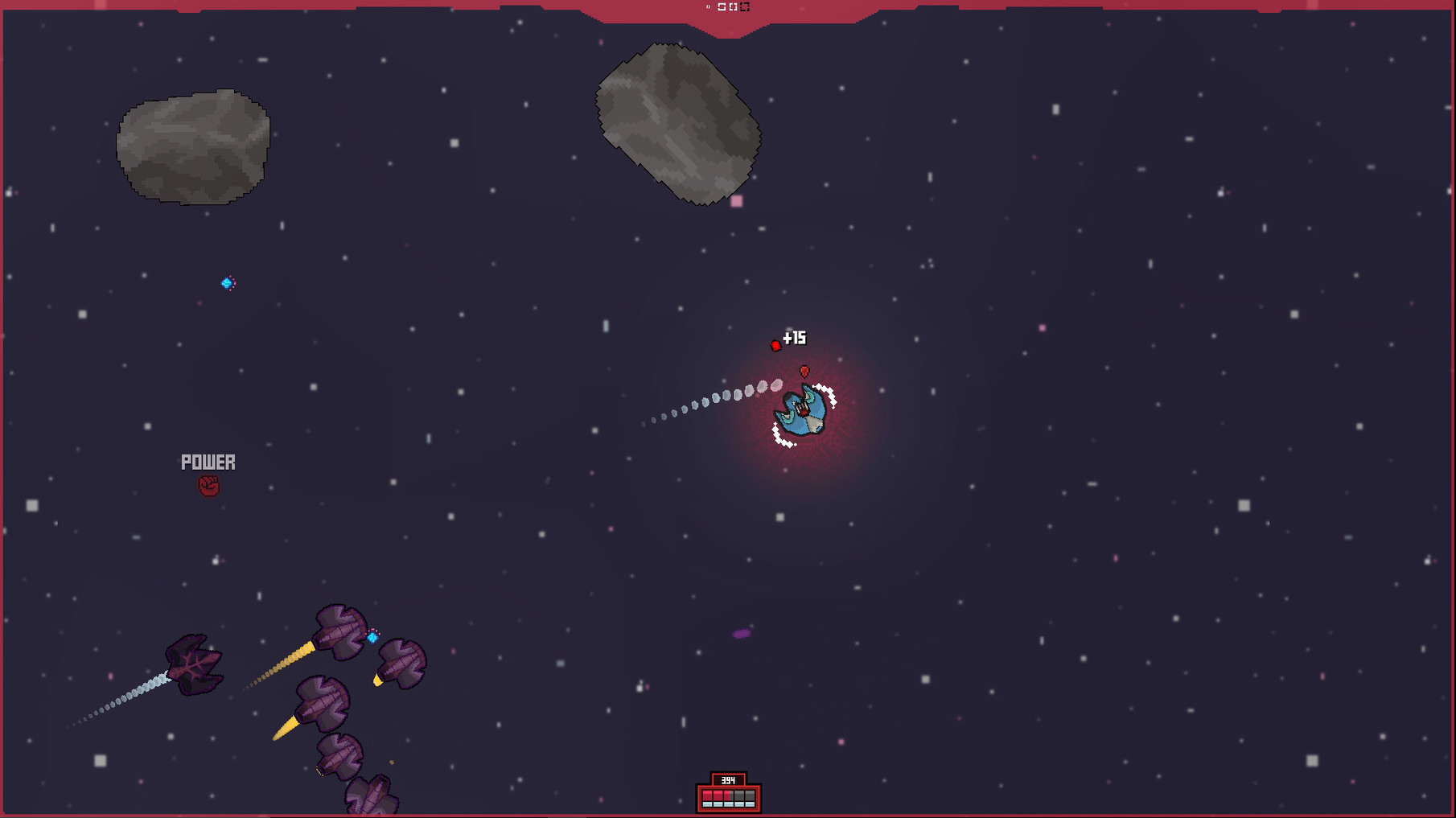 Diminutive is currently being tested in the Multiplayer Edition of the game, allowing players to fight against one another in vs mode battles, customizing their races, ships, guns and special auras to create a play-style that works for them. We are also allowing players to access Invasion Mode, becoming a cooperative combat unit, fighting off the hoards of cursed ships, trying to take over the galaxies. 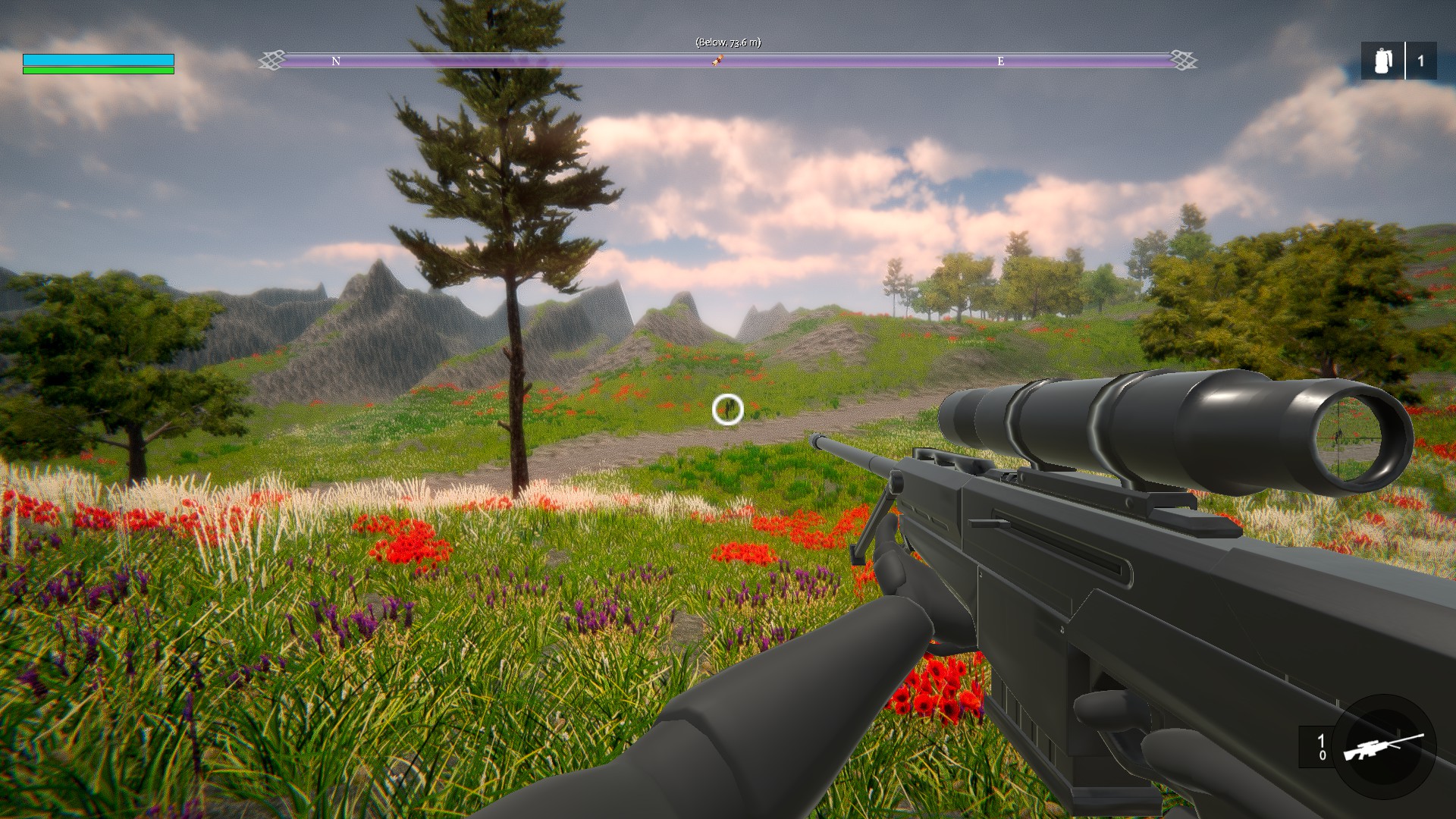 Welcome to paradise company! “First Customer” is a prologue of the “PARADISE”. You were chosen as the first customer of Paradise. Let’s go an adventure journey with Risa.

Revenge on the Streets 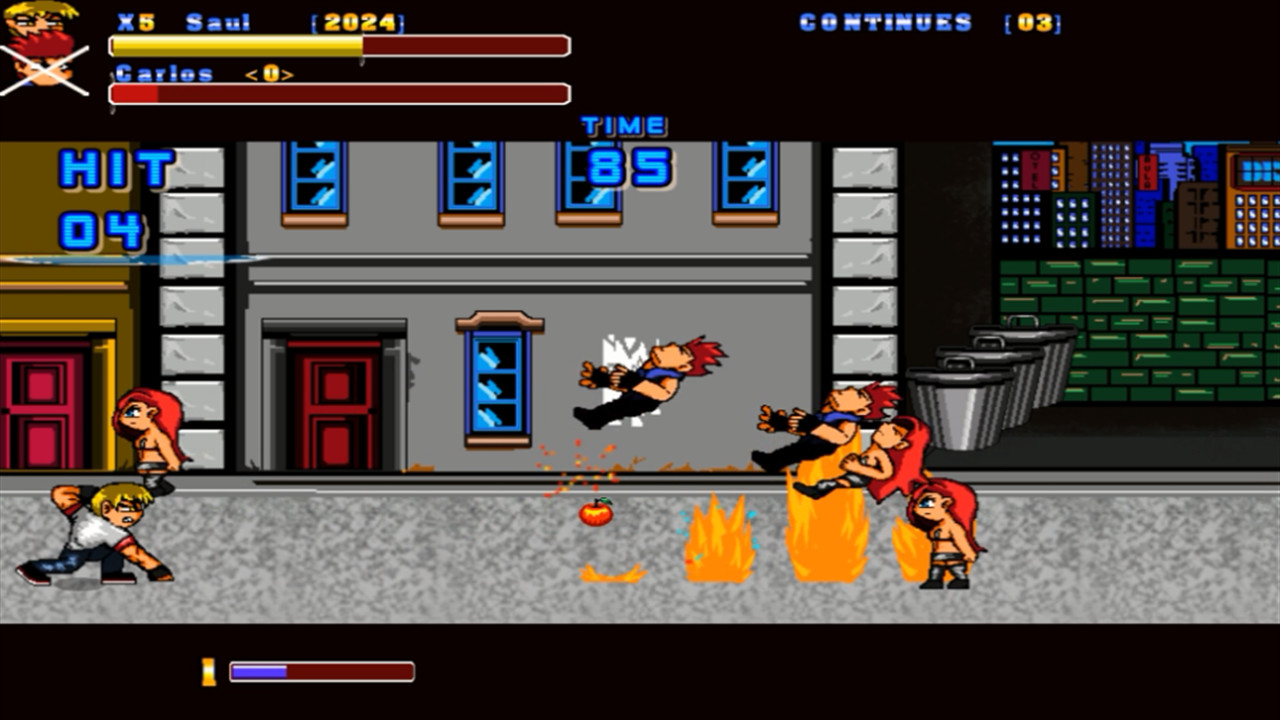 In 2992, the marginality runs free in a city without laws. Tthe police barely exist. Some smugglers controlled by MR Cleiton are scattered in regions of the city, entirely taken over by bandits who dictate the rules.
One day, a policeman sees some wanted bandits entering an alley. He follows and ends up being perceived by the marginal ones. With much anger, they beat him unconscious. A few hours later his sister receives a call from the hospital , reporting that her brother is seriously injured. Upon arriving there and seeing her brother breathing through appliances and at risk of life, she and Saul and Rana decide to do a revenge in the streets 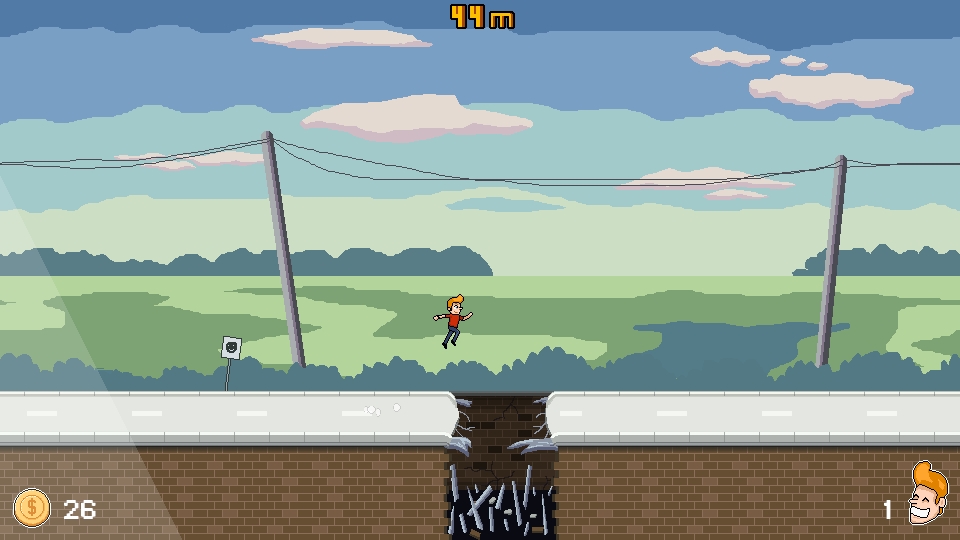 Meet Charlie. He needs to run a marathon, but his path lies through dangerous traps and obstacles, birds, rolling barrels, abysses and much more. Can he overcome all these difficulties. Can he go all the way and prove that he is a real marathon runner? It’s all in your hands! 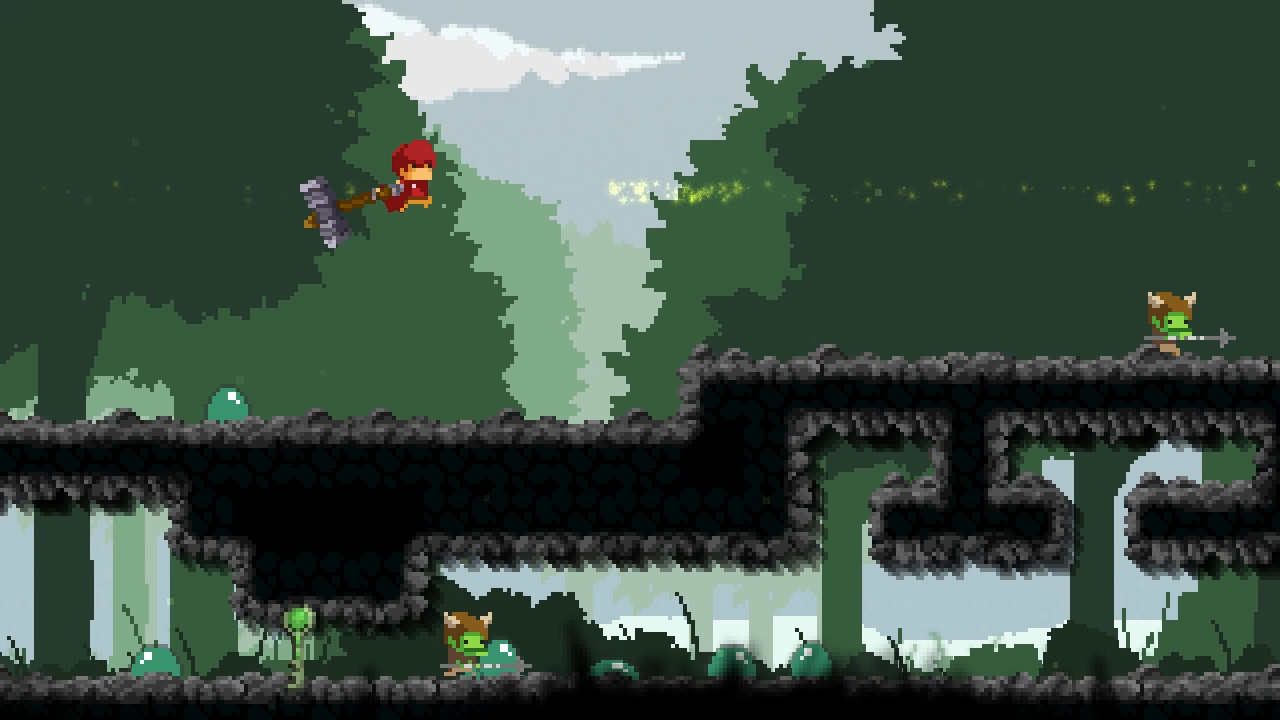 The StoryTale is a fairy tale platformer where everything goes bing-bang-boom, but everybody remain alive and healthy. It’s a game where you constantly forget the spells and the weapons are cursed. But even in the midst of the swirling action you can stop and think over the next step. 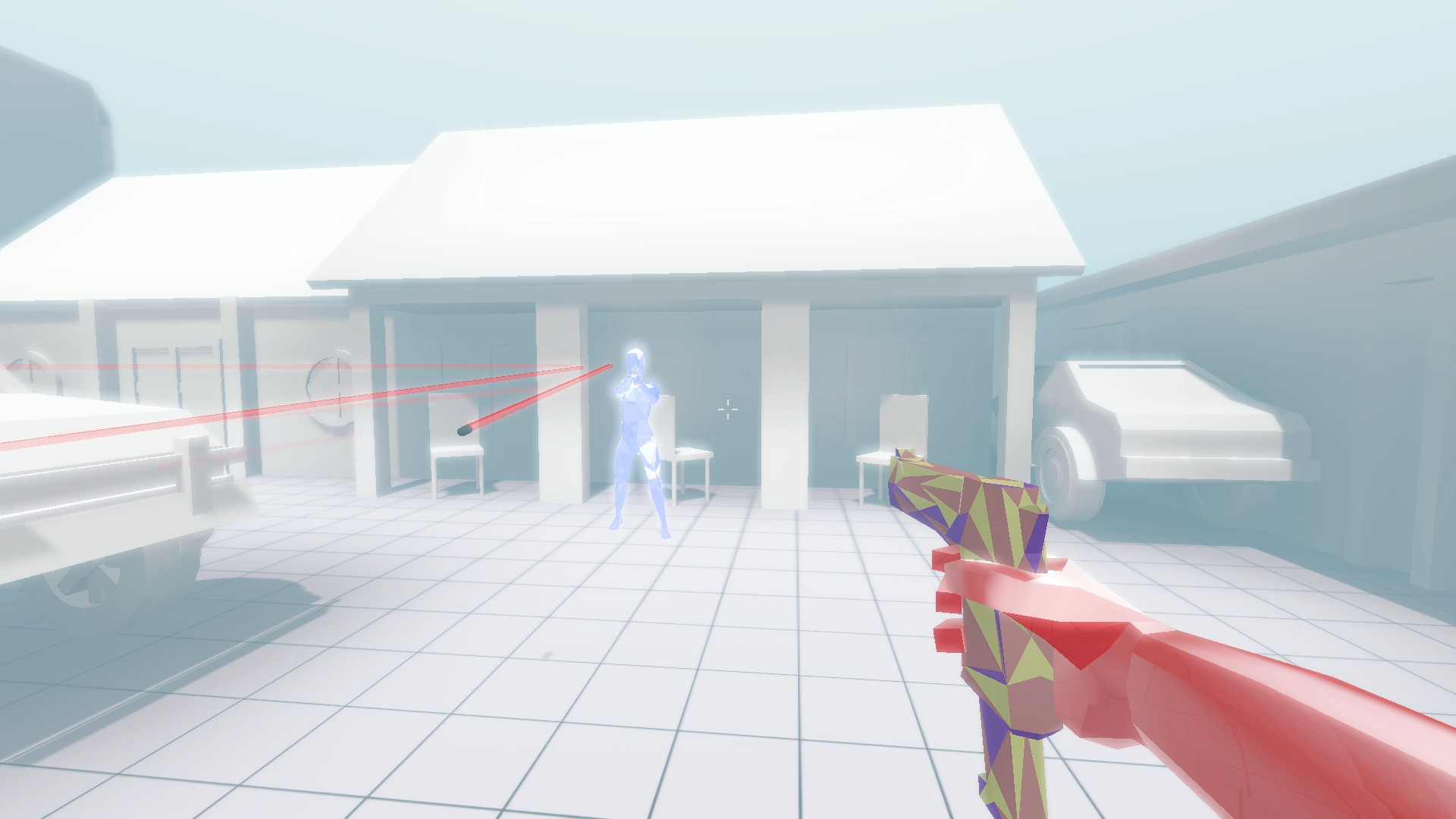 UBERCOLD is a stylish parody game featuring an unconventional weapon.
In UBERCOLD, your only means of attack is a gun with no bullets. Hurl it at your foes and control how it returns to you – losing sight of your gun leaves you defenseless. 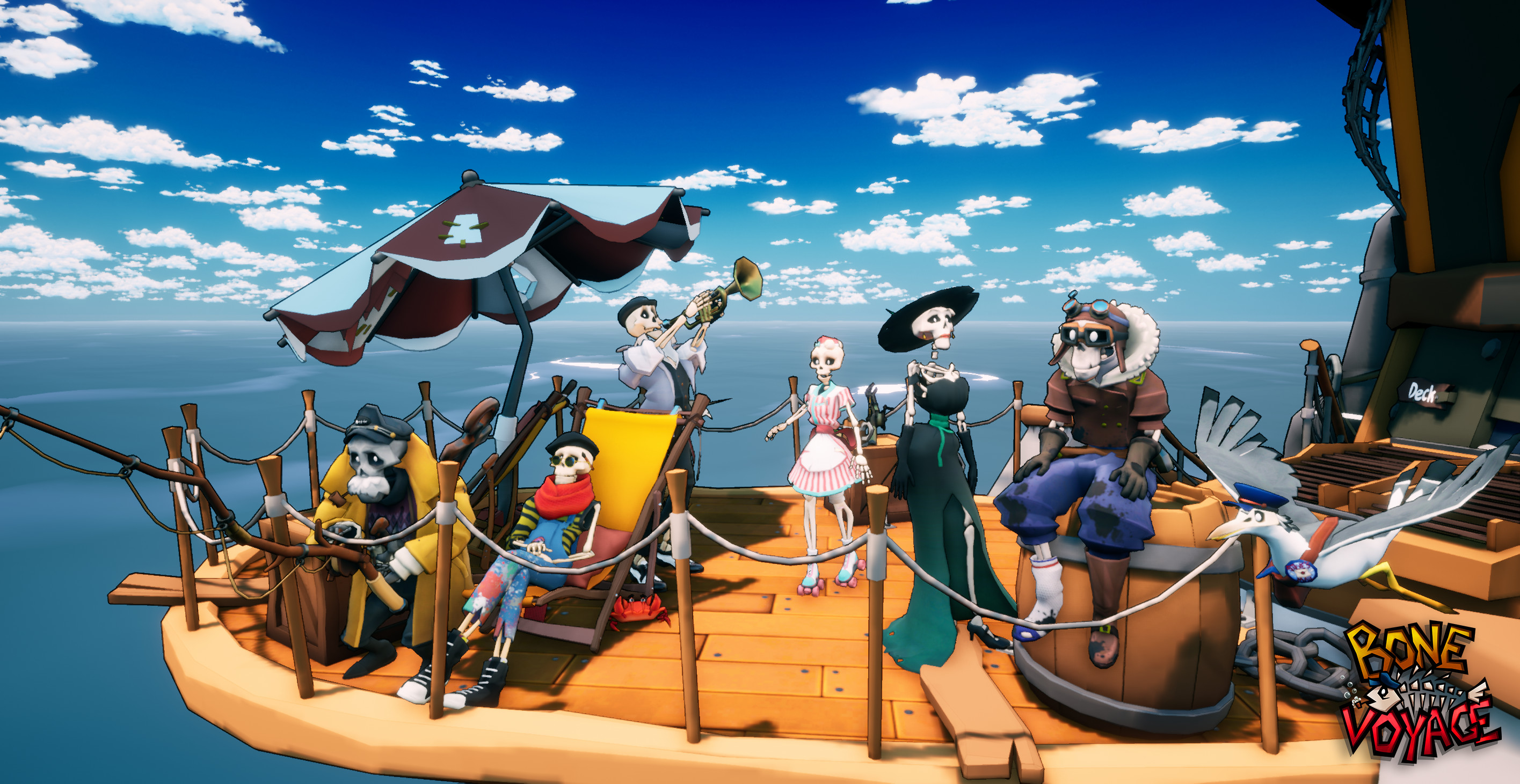 Bone Voyage is a third person adventure game set on a Vessel to the Afterlife. Use your skeletal body to your advantage and explore the ship in unique ways to uncover the mystery of the ship and its inhabitants! 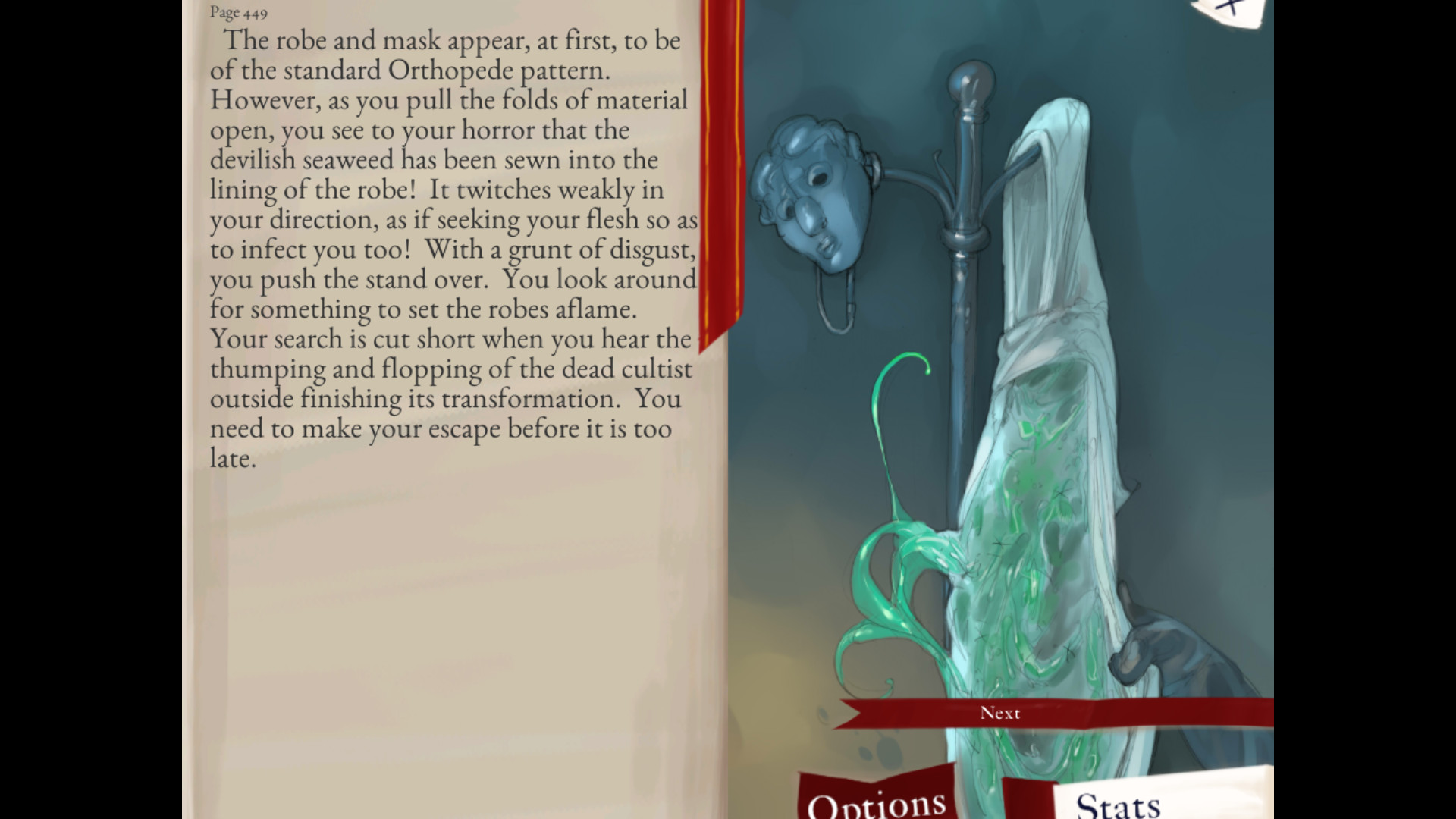 A coastal town becomes overrun by horrors, and only YOU can save it!

YOU are a hunter; a man or woman of wealth and leisure who has turned their time to fighting the fiendish monsters that assail humanity. Approached by the poor villagers of Pale Harbour, and informed that a terrible evil has arisen from the sea, can YOU unravel the mystery and drive back the beasts? 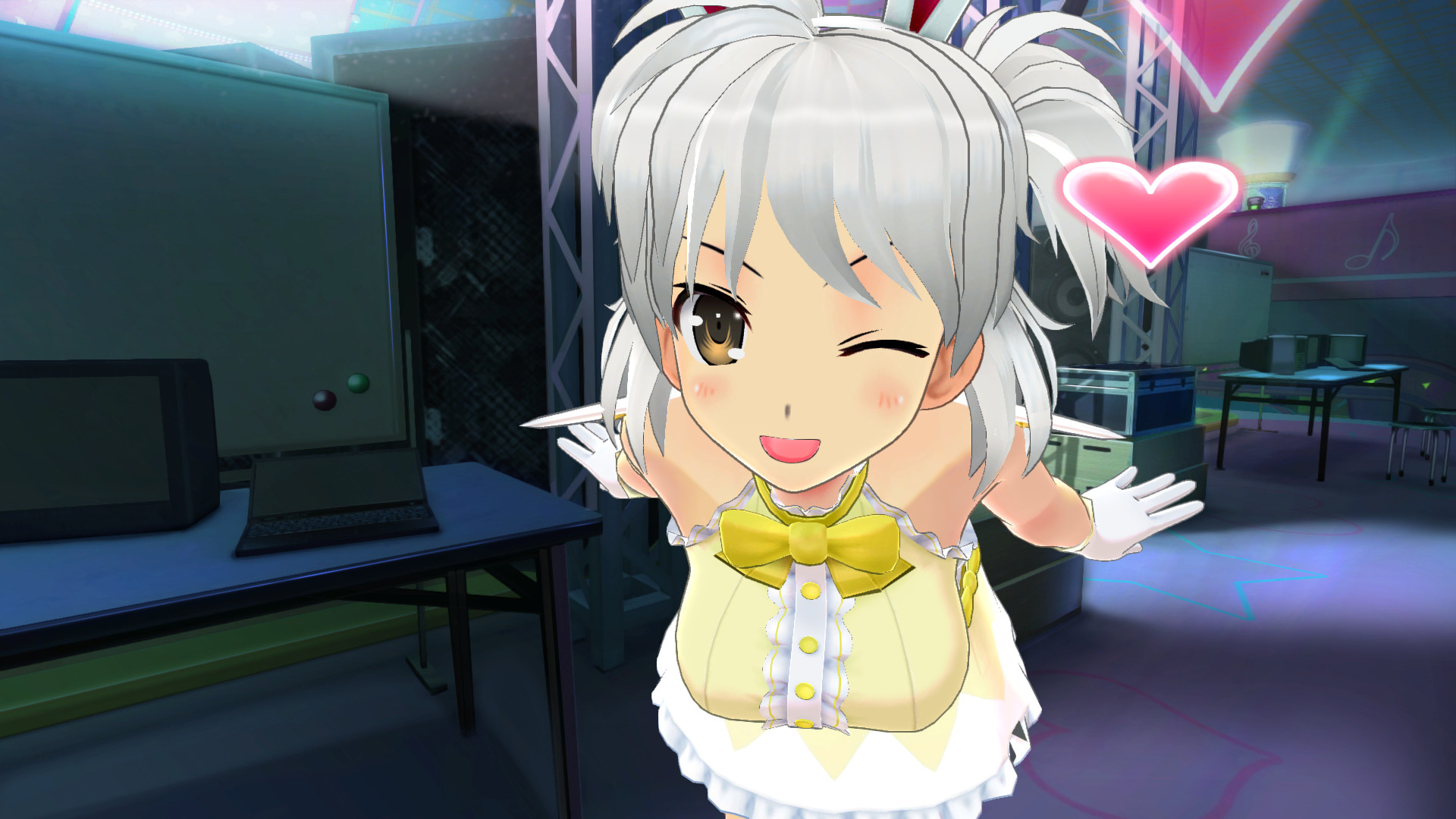 Asuka called you into the classroom after school. She’s waiting there for you. But she might not be her usual self…

Delve into intimacy by massaging her hands and helping her relax. Explore her many daydreams to see her in different lights. Get to know her as an energetic admirer, an experienced warrior, a curious classmate…and much more. ♪

Massage her with everything you’ve got, and you just might restore a piece of her lost heart. Help her put all the pieces back together, and her feelings for you just might change…

Enjoy an exciting reflexology experience together with a special girl. ♡ 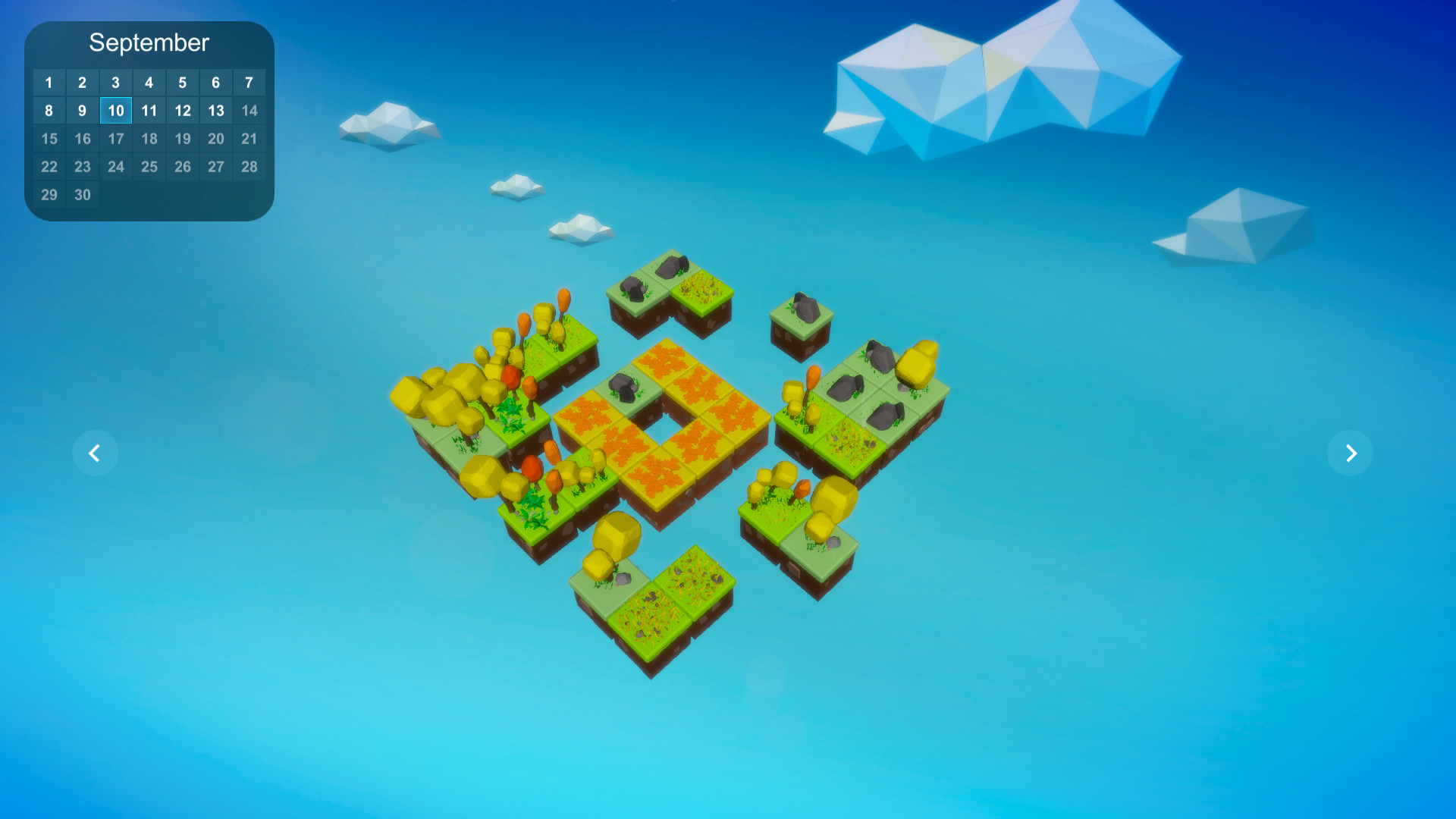 The passage of time can’t be stopped. Day becomes night, and as the months pass, the nature is constantly changing. The seasons are the continuing circle of our lives. And you can touch it with Forestation: Circle of Nature.

Winter blizzards, spring streams, summer heat and falling autumn leaves – now you can create all this with your own hands. Go from one time of the year to another by solving puzzles and launching the usual cycle of nature. Complete tasks, which are unique for each month, and observe the changes happening around you. Enjoy the calm and colorful world that can be altered by you. 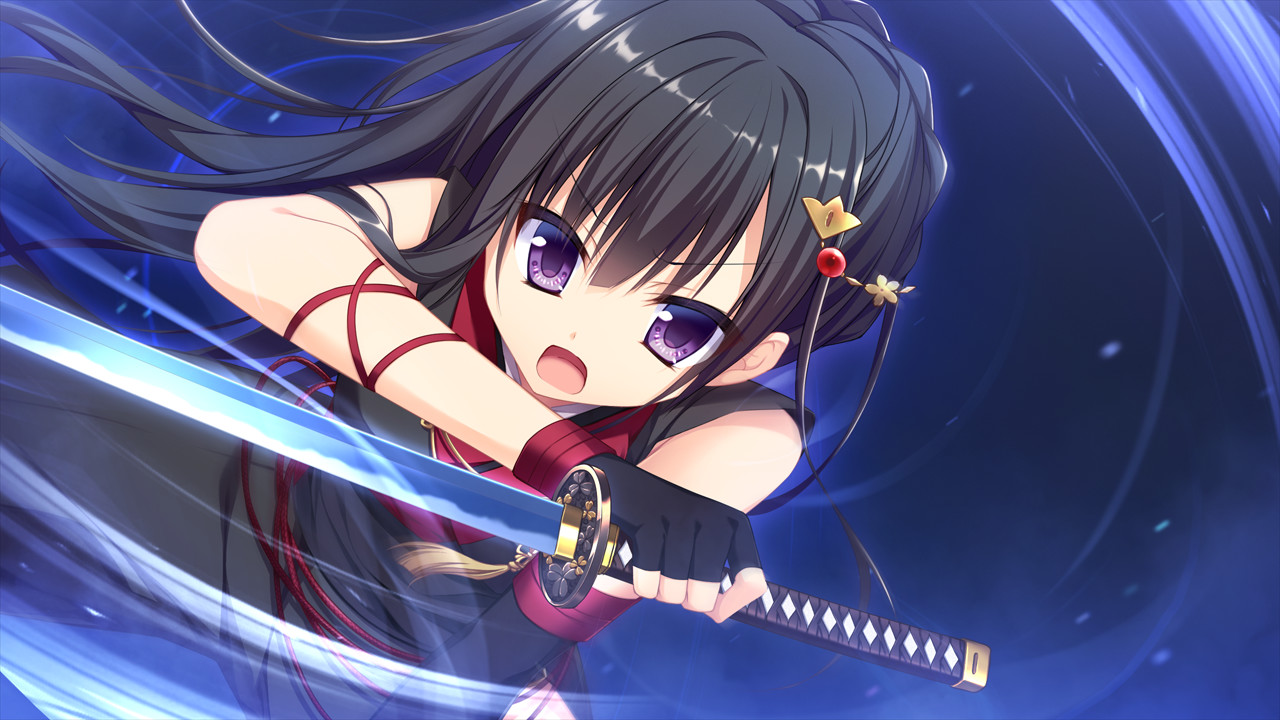 In a world where monsters thrive and wraiths run wild, and ghouls and ghosts roam the streets, there exist those who hunt the creatures that do humans harm.
The setting is a Japanese cafe in the suburbs of present-day America. Inside, there are two girls. One—Kiri Hattori—runs the store, while the other—Mary—is its poster girl. Their true identities, however, are that of a ninja descendant and a fire-hurling ghost. Together, they protect the town and hunt the Dark Beings that disturb its peace. On a certain stormy night, they offer shelter to a girl they find in front of Kiri’s store. Appearing before them at the same time is the vengeful spectre—the Headless Horseman—whose story is inextricably linked with theirs.

The two of them take in the mysterious girl, Lily, and continue on with their lives. As they handle the day-to-day affairs of the cafe, a friendship begins to bloom between the three girls. However, those days do not last long. Lily wishes for a battle with Kiri. In the midst of their fight, the Headless Horseman reappears.

What is Lily’s objective?
What does their entangled fate with the Headless Horseman have in store?
And finally, what awaits them at the end of the battle? 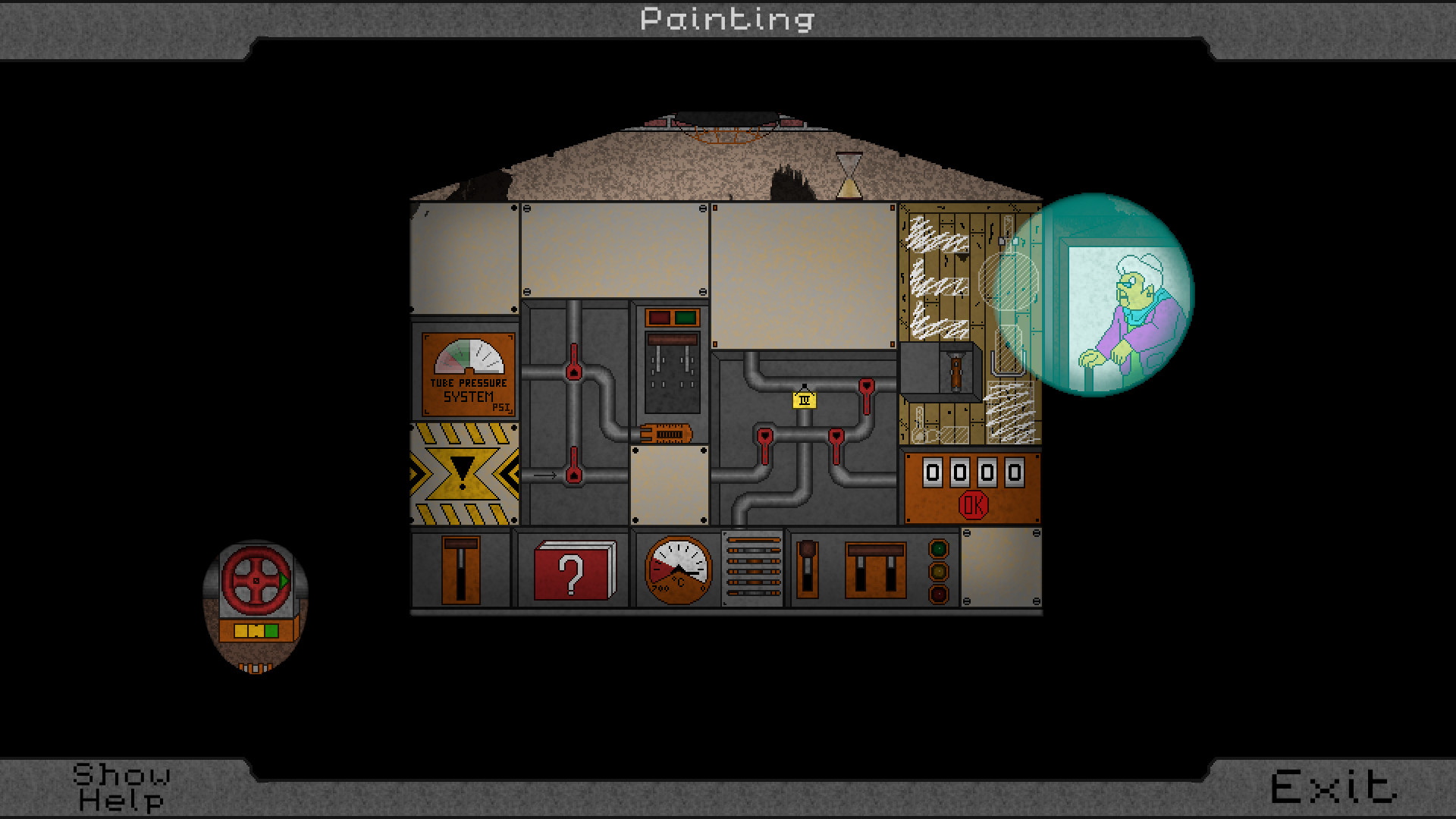 After a night of feast with one of your friends, you decide to take a walk in the wood nearby to sober up. However, you get lost. After some time roaming in the forest, you make it to the front of an old closed down factory. Your friend bet that you were not brave enough to get in with him and look around the old building.

You take the bet and start investigating the factory. After a dark hallway, you lose track of your friend.

While you are trying to find him, you fall in a hole. You’re stuck in a room with an old panel and a locked door.

Start interacting with the panel elements and found the combinations. So maybe, if you discover how that panel works, you will be able to make it out. 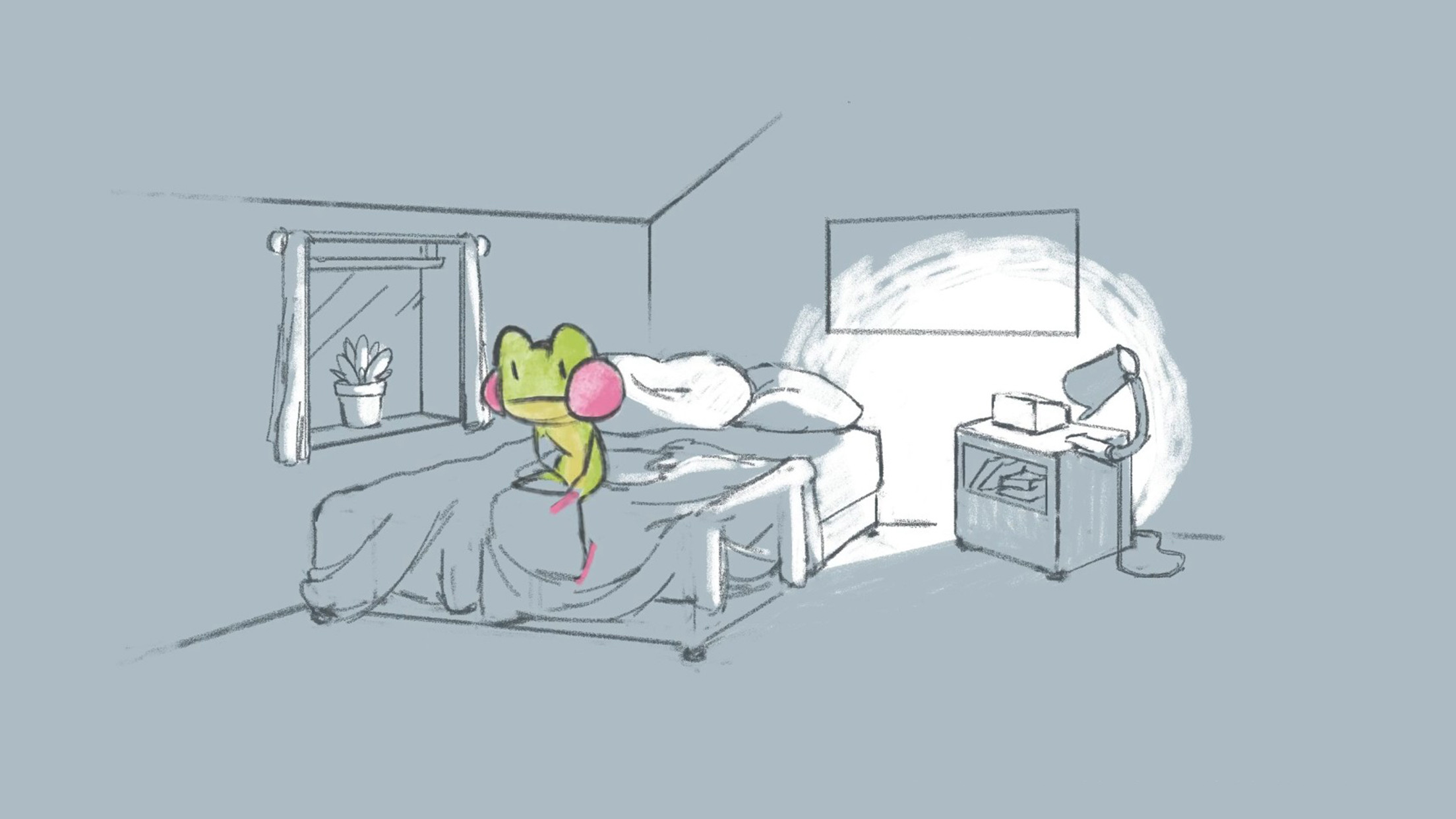 Follow the journey of Camille, a frog who dreams of becoming a ballet dancer! 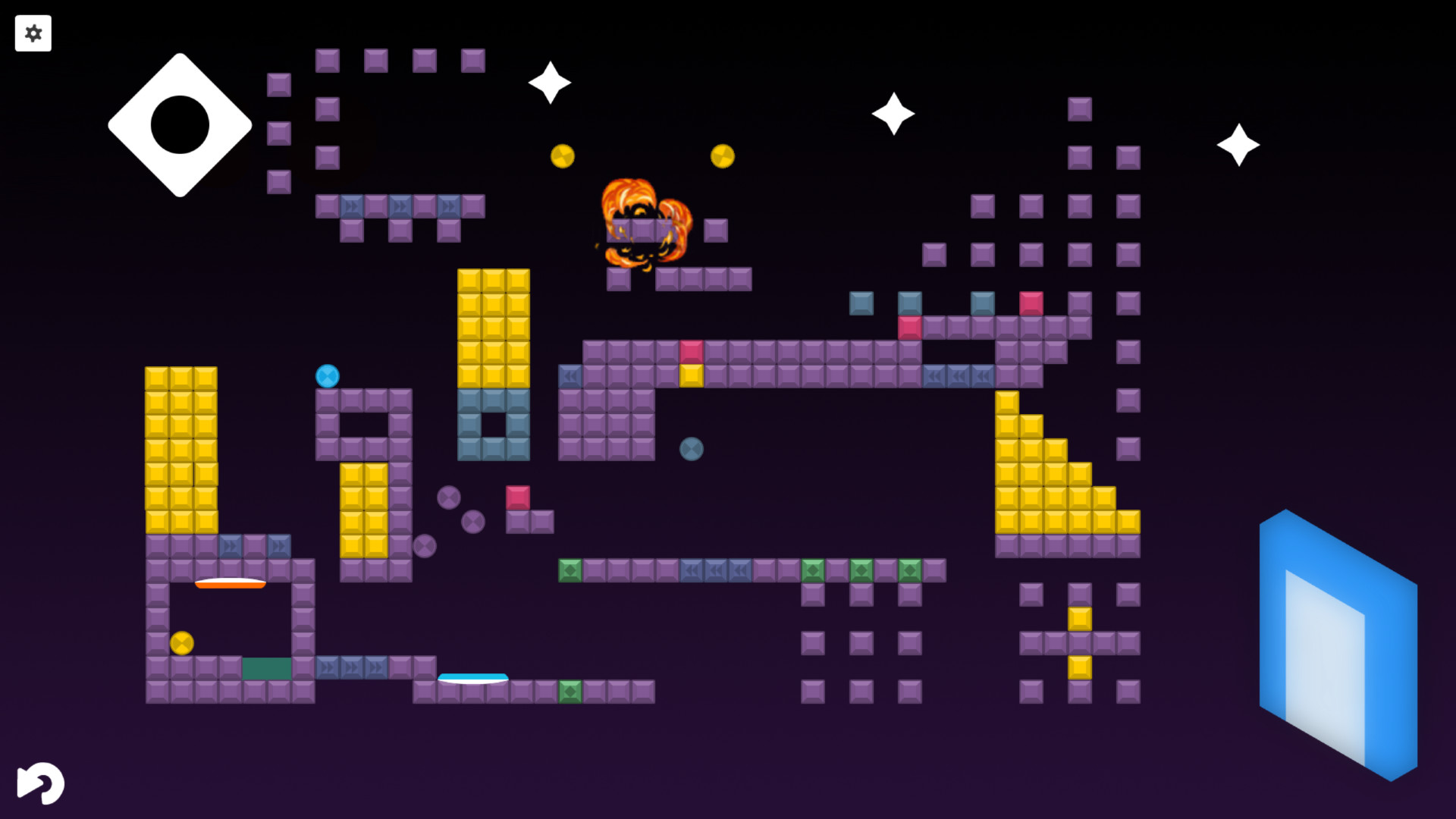 Minimal physical puzzle with explosions. The player’s goal to keep the blue ball on the platform for 3 seconds in order to pass the level. 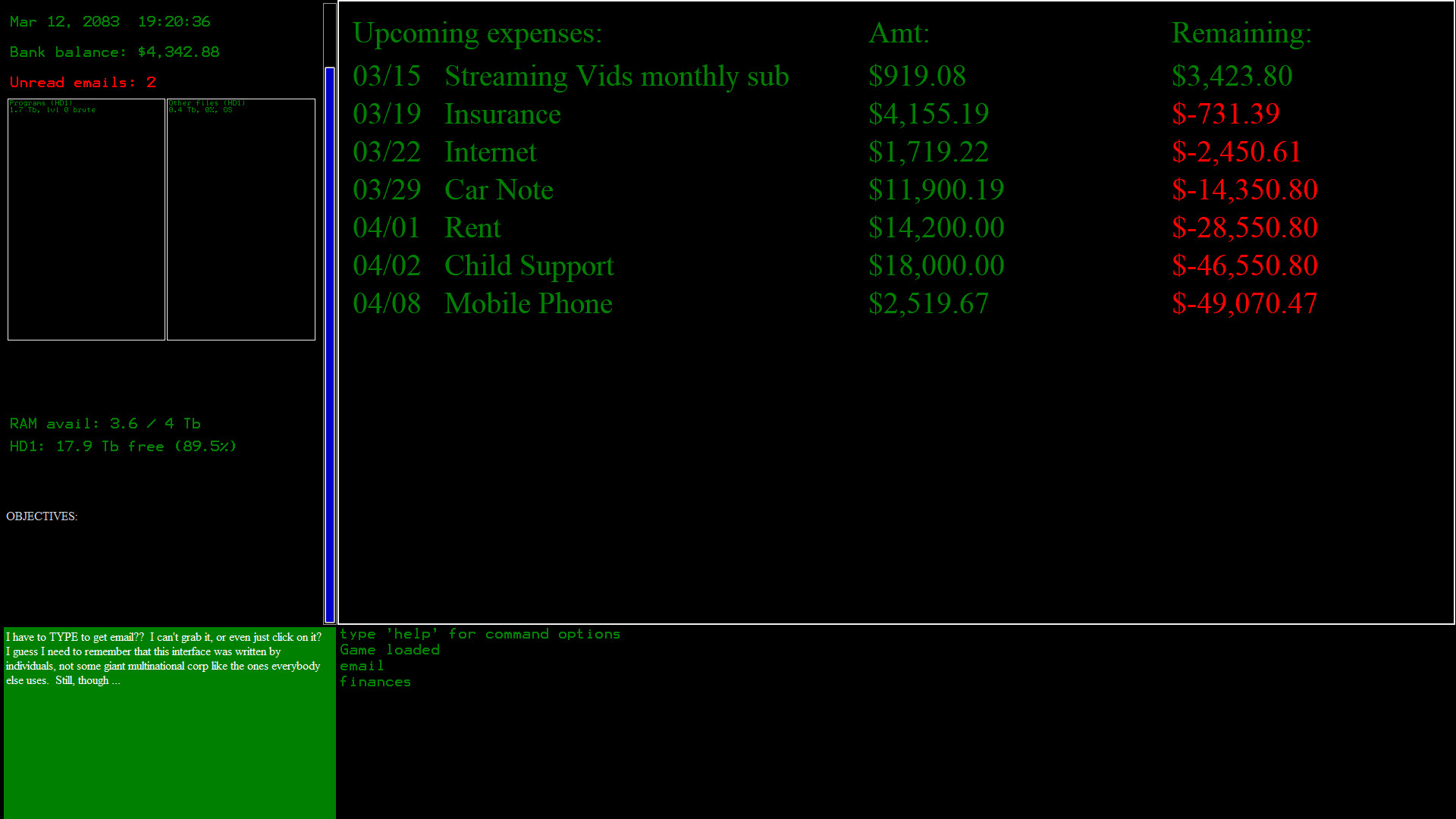 In 2083, the world is a place of propaganda, oppression and profit. Summarily laid off from his programming job of 12 years so the company could save 4% on his position’s payroll, John Anderson has had enough. Destitute and alone, he decides he is done working for a system that has chewed him up and spit him out. It’s time to start subverting the system. It’s time to get his long overdue payday. 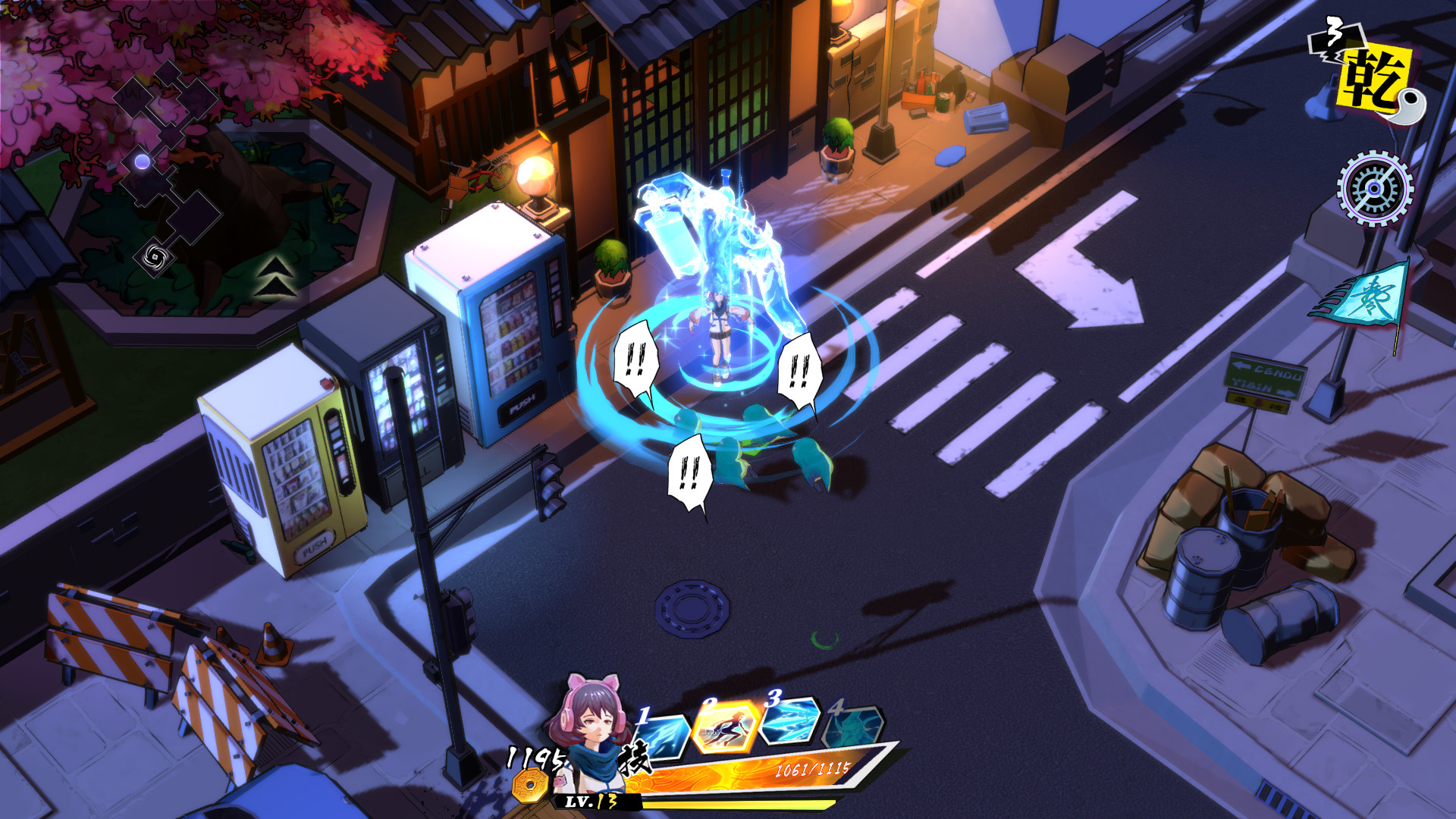 Blessed land, a Celestial place where masters live. For centuries, Celestial Academy guarded the enhancement for protecting human away from Dark Emptiness. But, every story has the end.. When lunar eclipse, the sky-fire strike through the enhancement. Now, Dark Emptiness come to earth and bring the Demon God back alive…

You, One of the students of the Celestial College start your journey bringing the anima and fix the crack in the Blessed land! 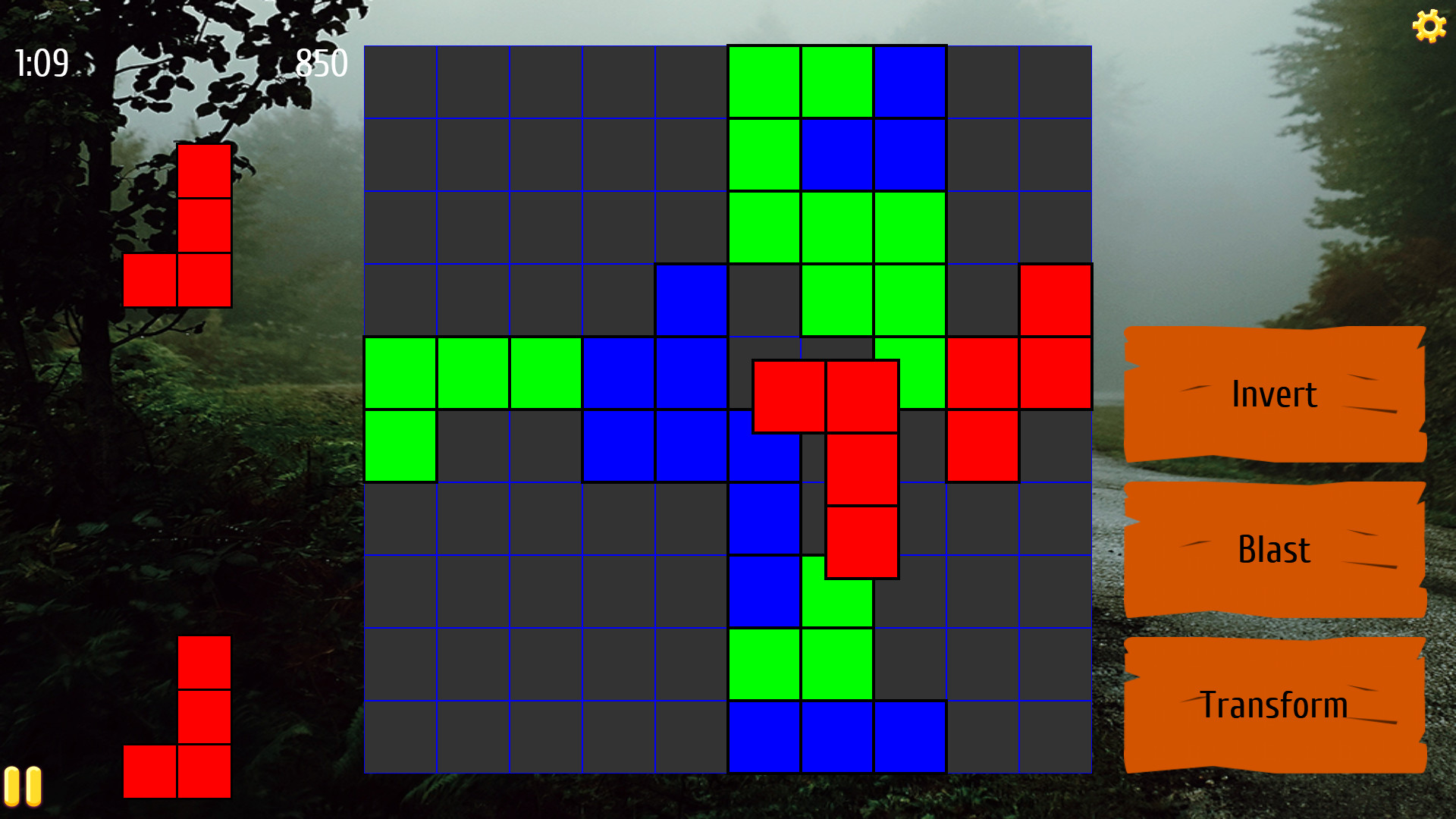 This game is my take on the block-placing puzzle genre. The pieces don’t rotate, but there is no gravity. Place them anywhere! Complete a line or a column and those block pieces disappear. Score bonus points for completing multiple lines at once, or for completing combo chains, or both. 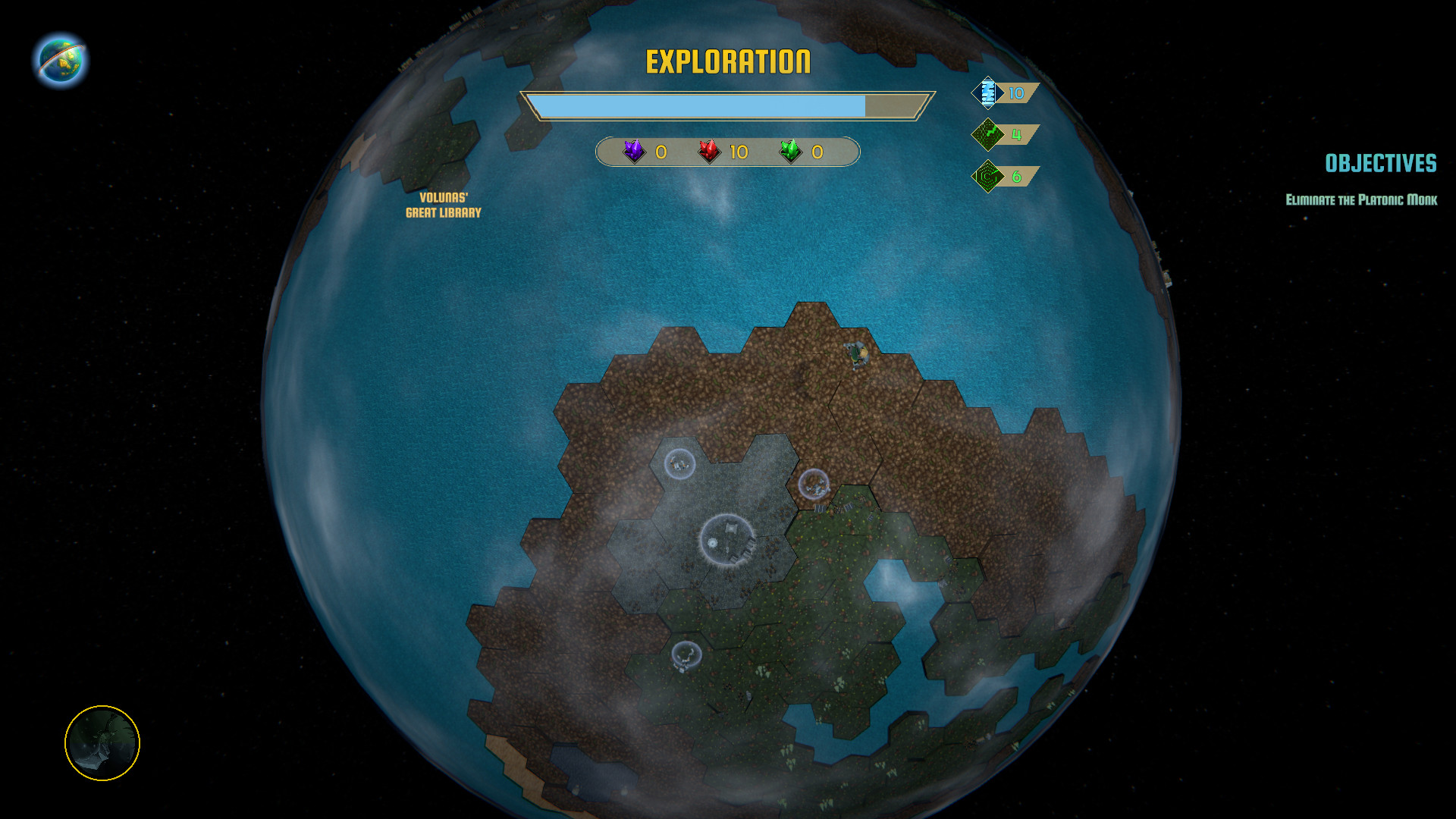 You are a soldier from an alien race exiled from its native stellar system. Armed with a deck of cards, you must make sure your new home never gets colonized by the neighboring civilizations. Each civilization evolves on their own depending on three factors: its population, services consumed by inhabitants and the energy cost of those services. Manipulate those parameters to achieve your goals! If you die during your mission, a new soldier will be sent. Will you manage to stabilize the seven stars around your stellar system and win the game? 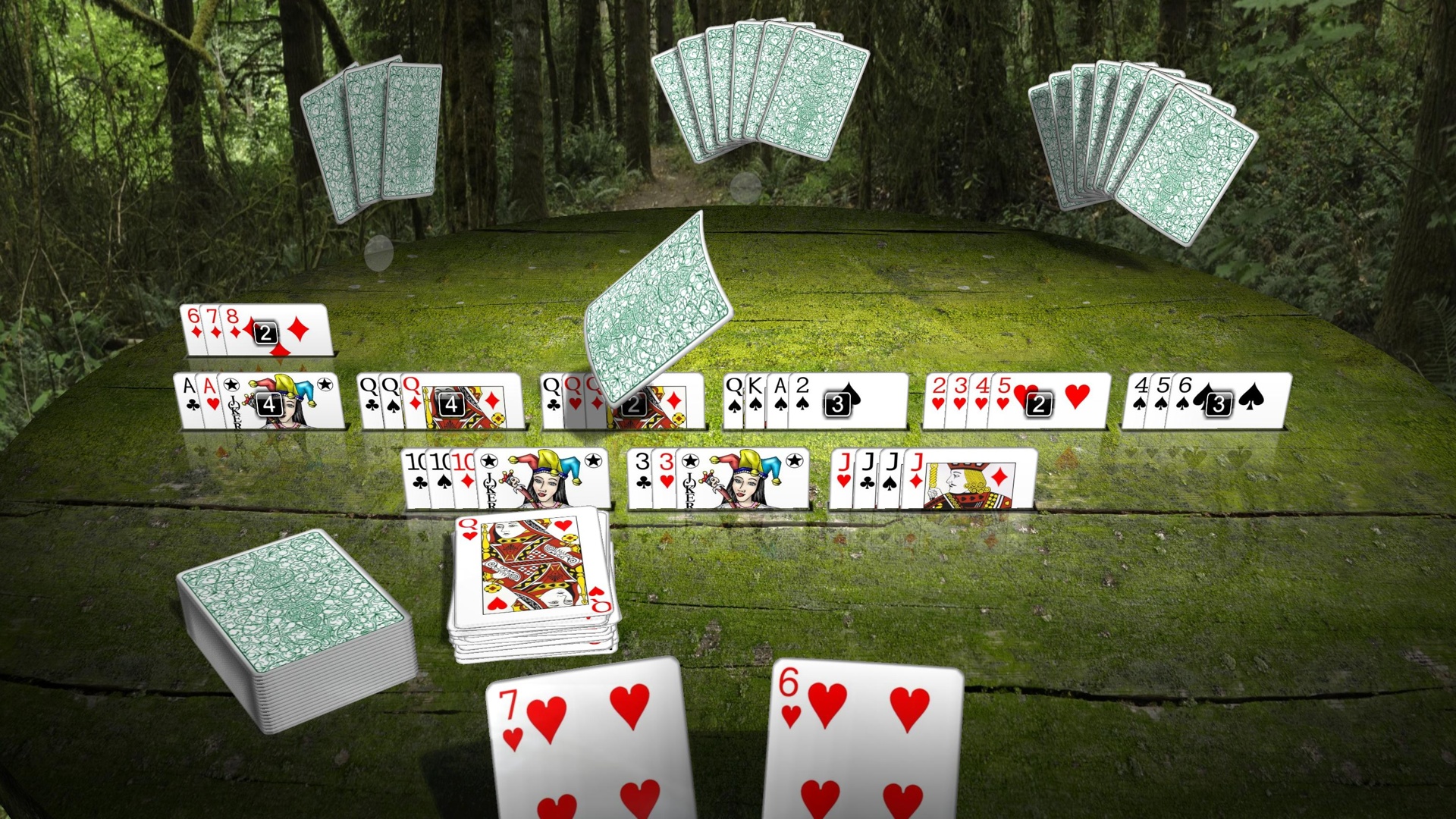 Realistic 3D Rummy simulation with singleplayer, multiplayer and tutorial. With configurable AI strength and many adjustable rule and game variants you can start exciting Rummy tournaments – or just play for fun.

Compete with tricky computer opponents, or play relaxing rounds with friends or family in online mode! 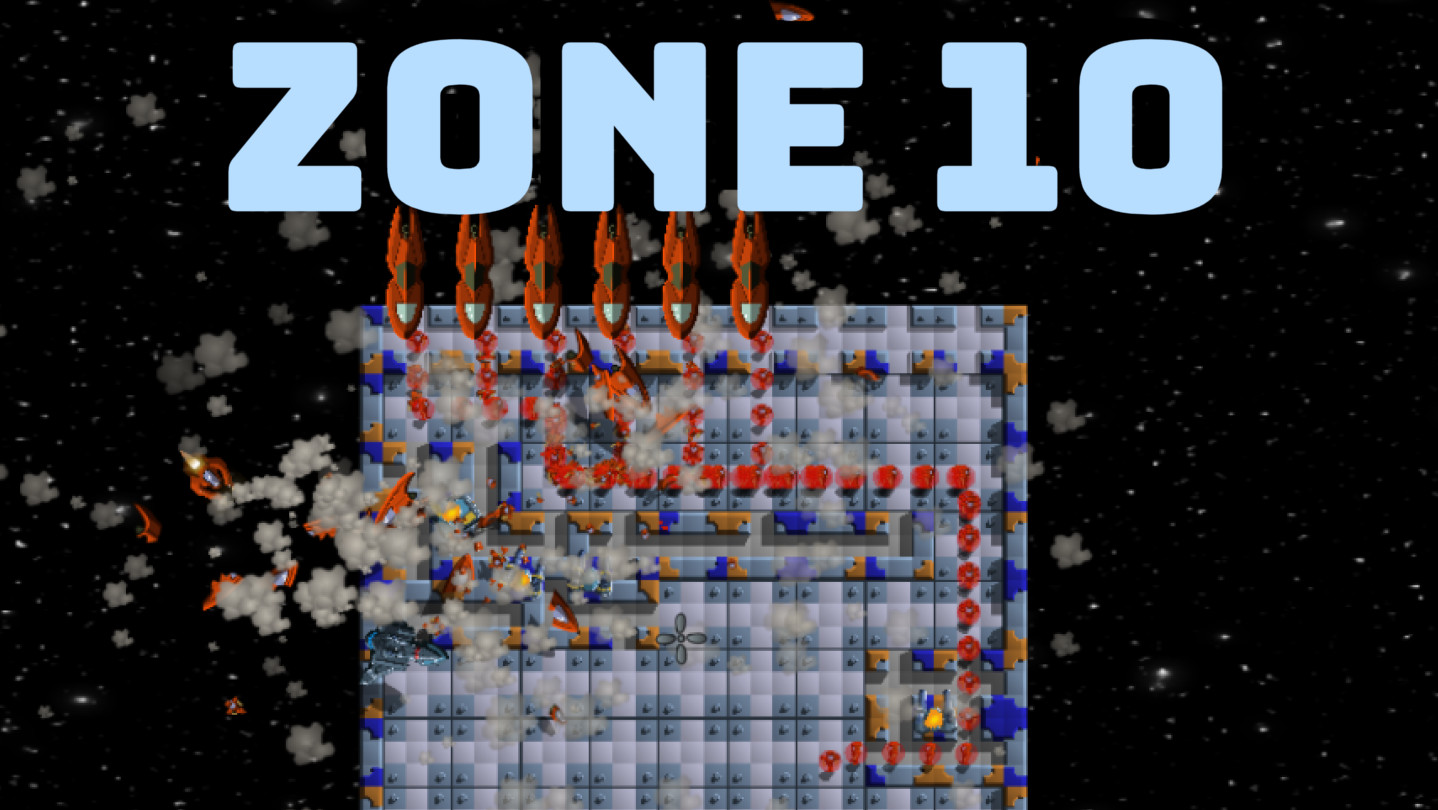 Zone 10 is an original take on the tower defense genre.

In the game, you can mine asteroids to gain money and spend it on building and defending your own custom maze. We have designed specialty maze blocks that when placed next to each other form pathways, obstructions, and different colored platforms. The various colored platforms allow you to place corresponding turrets or landing pads that allow you to fight off incoming enemies.

Zone 10 takes place in deep-space where you command a spaceship in charge of defending a space station from attack.

The game is divided up into two phases separated by a timer. The first being, “Explore”, where you use your spaceship to mine asteroids that are defended by marauding pirates and then use the proceeds to purchase maze blocks, upgrades, and defensive equipment such as turrets and ships. “Phase two” follows “Phase one” once the timer reaches zero and during which the enemy will attack your starbase.

The two types of enemies are separated into space ships and assault troops.

Assault troops are dropped onto your space-station by transport ships and will follow your maze to the command center and kill your officers within your starbase unless killed themselves. Spaceships will harass and blow up your turrets and/or your spaceships.

Try and survive as long as you can!

Best Places to Farm Kyparite as of 8.2