Greedfall, it’s a long journey to find a cure for the malichor.

I had my eye on this game the moment I saw it pop up on my Steam Explore feature. It hadn’t come out yet, but I think it was available for pre-order? I decided to wait and kind of forgot, because let’s face it, when you have over 1,000 games on your wishlist, it’s a heaping helping of I-can’t-remember-what’s-in-here pile.

However, the game released and I either got an email from Steam, or it popped up on the front page. Either way, I looked into it some more and became hooked.

I don’t know what pulled me in. Maybe the combat and the different mixture of styles. Most definitely the storyline, because I’m a sucker for story-driven games. I don’t often go for open world, but Greedfall called to me, so I reached out…and hit the buy button.

Very happy I did. Spider, (an indie game development studio based in France), created the game, and while they have several titles to their name, I never knew or heard about them.

They created the game with the help of Silk Engine.

Right off the bat you can tell what the game has to offer you.

It begins with a cutscene, and as you progress more continue on. Which means you’ll be expecting a lot of conversations and scenes to unfold, so watch and listen. Think of them as intermittent breaks. You’re not needing to constantly work without some means of rest, and you on’t have to simply read text on a screen.

This is just one of many reminiscent vibes you might get from games such as The Witcher series and the more recent Final Fantasy series.

If those games aren’t your style, then you might want to rethink a purchase of Greedfall.

Aside from that, the beginning unfolds with what you might expect from combat. Talents and skills. A blend of close combat and long-range. Bullets or steel. The game caters to you in this matter, and provides a diverse style for every player while also sticking to the nature of the world around you.

Yes. 58 whopping achievements you can go out and complete.

Spells, traps, gunfights, and melee–choose your style, or mix it up. You can find all these within the classes of Warrior, Technical, and Magic.

While Warrior and Magic might be obvious, the Technical class focuses on using a variety of guns as well as up close combat and traps.

Enemy armor
Keep in mind that enemies have a defense system in play, and if you’re able to use magic, you can bypass their armor. If you’ve chosen the the alternative, then you’ll need to break down the enemy armor before you can deal some larger chunks of damage to their HP.

Replenishing weapon material
Magic-users rely on MP to cast their spells. This bar can refill with the help of potions during combat. If you’re out of combat, or if you stop using magic for a bit, the bar will begin to refill on its own. That’s why it’s good to get used to both range and close combat.

If you’re using a gun, then you’ll need to watch your ammo supply. Ammo can be found out in the world by searching through things, but if you’re not finding enough, you can also purchase ammo from vendors. Your supply does not replenish itself.

Don’t forget your traps!
If you’re Technical specced and are starting to lay traps, don’t forget if they aren’t activated, you can go back and pick them up. Your traps are based on materials you pick up in the open world or buy from a vendor.

Cha-cha real smooth
As you can see, combat offers a variety of things for you to deal with. But is it smooth?

Unfortunately not. But that’s not saying it’s terrible. You need to time things correctly, otherwise the enemy will get in a hit before you’re able to strike.

There’s also not much variety in the way of enemy attacks. They all seem to have the same plan of attack, depending on what they are. You just need to remember when to dodge and when they’ve left themselves open.

Yes! This is a game where your choices matter.

What exactly do these choices help you out with? Romancing people, for one. And depending on who you romance, you’ll get more skill points in a specific area. You’ll have to do quests for them as well as answer things in the right way to boost their judgment of you, let’s say.

Besides romancing, the correct choices will also decide what happens in a given situation. Whether you’ll end up in a fight, gain (or lose) reputation with a faction, or even how much you receive as a reward–(mainly currency).

How long does it take to complete?

More than a day, but less than a week.

If you’re going through the game following the main questlines, then you’ll get through the game at a faster pace, obviously. But I urge you to do everything you can, and explore all that’s available to you. You’ve got a semi-open world begging to be explored. Do it for the game.

It surprised me that Greedfall never actually provides you with a mount to ride throughout the semi-open world. Instead, there are caravans and fast travel points or the good old run from one destination to another tactic.

Caravans
These take you to your destination quickly, but they come at a price. So if you’re in a hurry and you have the funds to go to a location you haven’t yet traversed yet, they’re found near every major city.

Fast travel
The best implementation in the game when you’re wanting to go from one place to another, and trust me when I say there’s a lot of traveling going on. By visiting campsites and going to your residence in major cities, you’ll activate fast travel areas. You can only access them by standing at a fast travel location.

There are sometimes multiple travel points in an area, so if you’re wanting to fast travel to a certain area in the world, there is a list you can choose from. It’s handy an should be used whenever possible.

Travel interface
By exiting an area, you enter a between-location. It’s here you can sleep until a certain time passes, sell your goods or buy from the traveling merchant, update equipment, and all that. This is the longest way to travel, but it offers you a lot when going from one destination to the next. Plus, you’re exploring more.

How do the maps look?

The world map is actually very easy to navigate. Which is something worth saying, because my navigational skills suck. Once you open up the world map, you’ll find a legend that’ll tell you what certain icons are, and you’ll know of the places you haven’t discovered yet because of question mark icons.

Also, if you’re inside of a building, you can navigate the different levels through the map to find out which floor a quest is actually on.

The type of map that Greedfall doesn’t offer you is a minimap. I’m not upset by this, because there’s a compass at the top of your screen that provides you with the direction you need to go for certain quests. Plus, you can pick what quest you want to go through by selecting it on the compass itself.

The graphics might be the biggest flaw in the game. The environment is still gorgeous, mind you. I love the look of the main cities, I love the vastness of the open world, I love the customization and the looks of the different characters.

So what’s the damage?

During the close-up scenes of conversation, you’ll notice there’s a lot of teeth going on when someone talks. It sometimes looks like the characters are actually clenching their teeth as they speak. Now, it’s certainly not as bad as some of the close-up shots you’ll get in Man of Medan (sorry to the lovers of that game), but it’s distracting nonetheless.

The lip-syncing is also not on par with some of the other big time games. Again, it’s not like watching a Japanese movie with English dub.

The NPCs in the game are used over and over again, so you’ll be seeing the same person, but as a different merchant or quest giver or whoever they may be. It’s a way of getting around a lot of work–and I get that. Hell, a lot of games do this. But it’s almost always noticeable, unless the game is so long that we start to forget if we’ve already seen that person or not.

I don’t have much to say on the soundtrack of this game, but it’s nice to listen to. For the most part, it acts like what it’s supposed to. Background music. You don’t focus too much on it, but you’re hearing it. The music doesn’t get in the way of conversations you have with NPCs at all.

It’s not always on the low tone of things. When it comes to battles or events that need a little bit of spring and action, things really pick up on the musical side.

I love the soundtrack. It seems to pick up and mellow out at the right times.

There are a variety of people you’re going to run into in Greedfall, and all of them have their own personality, perks, and flaws. There’s also information on the characters within the menu, where you can learn about their background and what they’re all about in the game.

As for the characters you’ll be traveling around with? There are five:

Each one can bring you a unique trait to help you out during your adventure, but you can only bring two at one time.

Yes, there is romance at play in this game, and it all depends on you making the right choices and helping the characters out in their side missions. The friendlier you get with them (and even their faction?) the higher the possibility of you being able to romance them.

There have been a variety of bugs and glitches that people have found throughout their play of Greedfall, however a lot of them have been taken care of, I believe.

They won’t look at me.
As far as myself, there’s only been one major bug that I’ve found. When talking to an NPC, their eyes remained shut. In fact, it was during my livestream of the game that this happened. Upon later playthroughs, the NPC was fixed, however.

NPCs hog the alleyways.
This isn’t a bug; it’s more of an annoyance. If you’re going through an alley and there’s an NPC in the middle of it walking, they won’t avoid you or move out of the way like your party members do. Instead, they’ll stand there until you fin a way around, or until you get out of their way.

I actually love playing this game. It’s fun, it’s diverse, and there are so many paths you can choose from as well as multiple different endings, depending on the choices you’ve made.

Is it worth paying full price?

While there are cosmetic issues that I mentioned above, and the game isn’t terribly long if you’re not interested in exploring the bulk that it gives you, I strongly believe the game is worth the price. 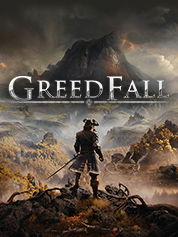 GreedFall
$17.20
$49.99
in stock
Check it out
Greenmangaming.com
GreedFall 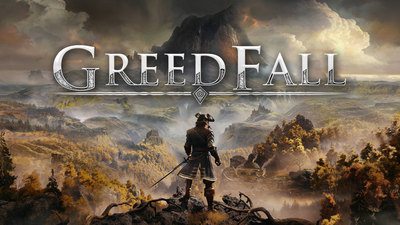 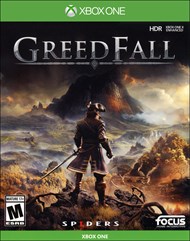 Greedfall
$0.00
in stock
Check it out
Gamefly.com
Greedfall 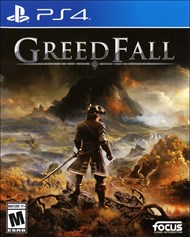 Find Constantin at the Palace

A Name for a Family